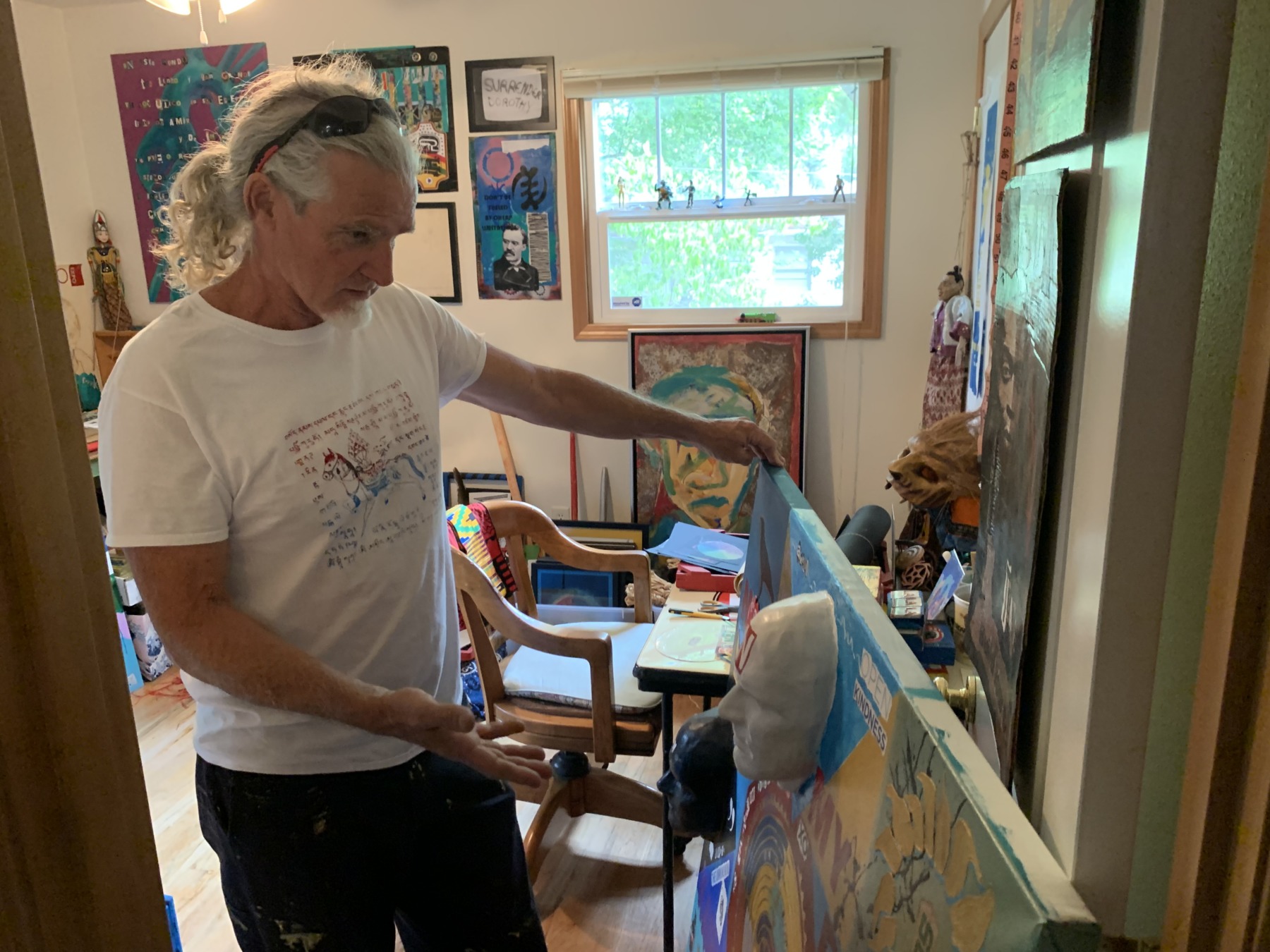 You would think that after losing two years to the pandemic, the Yamhill County Art Harvest Studio TourThe return from would be a bit like wading carefully into the shallow end of the pool, but no. This weekend, organizers are embarking on a glorious dive into the deep end, with both a record number of participating artists and the highest number of new artists.

“I think the main focus of the studio tour,” said James Nelson, who is organizing the event, which kicks off Friday and takes place over two weekends, “is the opportunity to meet artists and ‘Learn why they do it and see how they do it. It’s a more personal connection with art.

There are several of what Nelson calls “uniquely designed” studio spaces, such as the two 9,000-square-foot buildings in the McMinnville Industrial Park where the painter Erin Hanson produces an astonishing 250 paintings a year. Some artists will share the space; McMinnville lampmaker James Violette, for example, joins painter Ray Massini at Art with elegancea gallery and studio housed in a renovated 1914 cottage in Newberg owned and operated by mixed media and jewelry artist Marion McMuldren.

But what Nelson calls the personal aspect, in many cases, is limited to artists’ garages, guest rooms and living rooms. Artist Leo Sheerin and his wife, Polly, have been in their McMinnville home near Upper City Park for only a few years, but it’s both full and adorned with art. He and Polly have travelled, lived and taught all over the world, soaking up the living traditions of other cultures.

Buddhism and Taoism inspire and permeate his work. The patio where Sheerin, one of the 21 new artists on the tour, will greet visitors is draped in Tibetan prayer flags, and the walls of their living room are adorned with his work, including huge masks inspired by those used in Beijing Opera productions.

And this is an illustration of what distinguishes a studio visit from a gallery tour. It would be one thing to see those awesome faces on a gallery wall, but when you have the guy who made them in front of you, you can hear how he and his wife, who were both teaching at the time, used with their Kindergarten and Grade 2 students in a theater production of The Odyssey.

“I was the Cyclops, wasn’t I? Sheerin said proudly. “I made a giant puppet.”

“That was awesome,” laughed Polly. “The children were terrified of it.”

“They were terrified and loved it,” he added.

Opera masks and collages are just the tip of this iceberg, and as has become the custom in recent years, the best way to understand it all is to visit the Chehalem Cultural Center in Newberg, where you will find works by the 49 artists exhibited. It is an exhibition of samples of paintings in oil, acrylic, watercolor and pastel; photography, stained glass, sculpture, wood and metal work, mixed media, ceramics, charcoal, textile art, etc.

Just looking at the list, one thing that jumps out at you is that this year’s tour includes a lot of gems: McMuldren and Adele O’Neal in Newberg, as well as Debra Franciosi in Amity, and Carla Fox and Susan Goodwin in the area of McMinnville-Dayton.

McMinnville Book Artist marilyn worrix is one of many studio tour veterans returning this year, albeit in different locations. She’s no longer in that sprawling downtown apartment, but in a custom home along Cozine Creek that includes, of course, a studio for her imaginative and prolific book art.

“A book artist really has the freedom to expand the meaning of what a book is,” she said. “Many people would look at something like this” – she displays a pair of mounted brackets of unequal length between which the pages of the “book” are strung on a string – “and wouldn’t consider it a book. The idea came medieval books, which were chained to library tables because they were so valuable.

Worrix’s story is a great example of how art thrives in a community. “One of the things I did right after I retired from real estate was take a course at sitka,” she said. “It happened to be a book-making class, and I happened to be taught by an amazing woman, and I never quit.”

Three decades later, she has created thousands of books and passed on what she learned in her own classrooms. One of his former students, in fact, Penny Tucker, is among the new artists on the tour this year.

So how do we do all of this? The event runs from 10 a.m. to 5 p.m. Friday through Sunday, September 30 through October 2 and October 7 through October 9. The Chehalem presentation doesn’t open until October 4, so your best bet is to visit the tour website, where you’ll find a full list of artists and charts. At any location on the tour, you can purchase a $10 pass good for all six days, pick up a brochure, and you’re on your way. If you find yourself in an unfamiliar area, the yellow studio tour signs will point you in the right direction.

THEATER WATCH: The ghost lights are gone and the stages in the area are full of plays. In McMinnville, Gallery Theaterof the production of the ABBA theme Mama Mia! proved so popular that extra mornings were added to the race, which ends on October 2. Shows in the main auditorium are selling out and there are few tickets left. Through the city, Linfield University’s 103rd Theatrical Season opens September 28 with Leanna Keyes Doctor Voynich and his children, a predictioninspired by Bertolt Brecht Mother Courage and her children and explores the hot topic of “women’s rights in the post-apocalyptic United States.” Finally, in Salem, Pentacle Theater last week opened a production of Qui Nguyen She Slays Monsters: Young Adventurers Editionwhich runs until October 15. Ask individual theaters about COVID protocols.