We will send you a MyFT Daily Summary e-mail with the latest news from Books every morning.

“It’s the most beautiful spring here,” David Hockney told his friend and longtime collaborator, art critic Martin Gayford, during a video call from his home in La Grande Cour, Normandy, in March 2020. “It’s early. Last year was a bit later. It’s spectacular. And I understand – I just drew the cherry blossom on a very large tree. The exuberant paintings and drawings and Hockney’s neon lights – the result of a spring spent in lockdown – form the body of a new book titled Spring cannot be canceled, as well as a show at the Royal Academy in London from May 23. The book reproduces much of Hockney and Gayford’s emails, letters and telephone correspondence over the past several years, as well as a selection of new Normandy drawings and paintings. It follows a period of extraordinary productivity for Hockney. â€œI will continue until you start to get the deep green of summer,â€ he said. (Thames & Hudson, Â£ 25) BS

Kaffe Fassett in the studio: behind the scenes with a master colorist

This book enters the home of octogenarian textile designer Kaffe Fassett – dubbed the “Color Wizard” by Coach Creative Director Stuart Vevers, who worked with him on the brand’s Fall / Winter 2019 collection. Guiding readers through the rainbow world of the UK-born, UK-based artist, Kaffe Fassett in studio offers an in-depth look at her creative output through multiple practices – including sewing, quilting and knitting – as well as a collection of new patterns, embroidery projects and never-before-seen images from her vibrant London home. â€œMaking textiles is just another way of playing with color that is at the same time deeply therapeutic,â€ explains Fassett. “Sitting in the back of my studio, surrounded by threads or piles of fabric, and imagining a new design is what satisfies my soul.” (Abrams, Â£ 30) SS

Covering street photography, landscapes, portraits and still lifes from 1963 to 2020, Wild flowers brings together photographs from the entire career of Joel Meyerowitz, two-time Guggenheim member, all linked by a floral theme. First published in 1983 and critically acclaimed, the book is republished in an expanded edition containing new never-before-seen images. It represents a bold departure from Joel Meyerowitz’s two previous projects, Cap LumiÃ¨re, and Saint Louis and the Ark, both made using a vision camera and showing architectural landscapes largely devoid of human presence. In contrast, these flower-strewn images in saturated hues capture the beauty, humor and pathos of everyday life, from a funeral on a misty spring day in Venice to a close-up of a man’s tattooed forearms. Moments like this, observes the photographer, are like the flowers themselves: â€œThey bloom and they wither. (Damiani, Â£ 45) SS

Swiss artist Sophie Taeuber-Arp was a woman of many talents. During the first half of the 20th century, she worked as an architect, interior designer (notably at the minimalist cultural center of Strasbourg L’Aubette), professor of applied arts, dancer, sculptor, illustrator, magazine editor and painter, and his creative output helped shape the Dada and Abstraction movements. Working among a circle of friends that included Alexander Calder, Joan MirÃ³ and Marcel Duchamp, Taeuber-Arp designed everything from beaded bags and buildings to offices and stained glass windows. Despite her prolific production, she never had personal exposure during her lifetime.

This year, a new book and a new exhibition, both titled Sophie Taeuber-Arp: living abstraction, will set the record straight. A traveling exhibition of 400 works will travel from the Kunstmuseum in Basel to Tate Modern in London – the artist’s very first retrospective in the UK – and finally to MoMA in New York. â€œMuch of her work was historically considered ‘minor’ or has been shown to be fleeting,â€ observes curator Anne Umland in the book’s introduction. “Today, her polymath activities are one of the things that make her feel exceptionally contemporary.” (Museum of Modern Art, Â£ 60) BS

American photographer Dawoud Bey received his first camera in 1968 at the age of 15. Since then, he has devoted his career to capturing black Americans in their daily lives. This new title brings together photographs taken in and around New York and Washington DC between 1988 and 1991. The images capture his subjects in informal settings – a young boy standing against a graffiti wall, casually eating an ice cream, or a young couple by kissing one. the other, each looking into Bey’s lens with an ease that speaks to his empathy and trust with his subjects. Working with both a large-format tripod-mounted camera and Polaroid film, Bey made an instant impression to give to the people he photographed. In examining this “treasure trove of vibrant and generous black faces,” Greg Tate writes in his accompanying essay, we encounter not only the “divergent and splendid” non-ordinary “but also those among them who” are extremely self-possessed. ” . (Mack, Â£ 40) SS 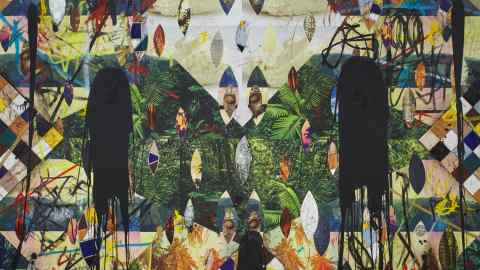 Rizzoli to publish photography books for AvGeeks and celebrities