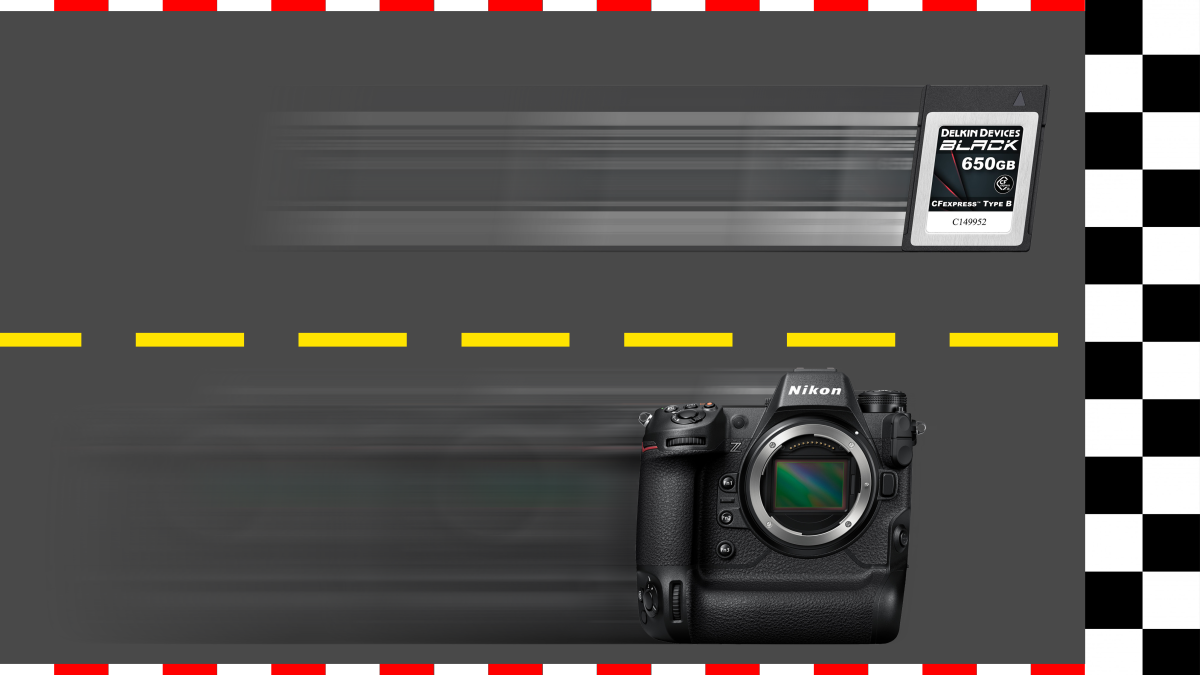 What’s faster than a Nikon Z9? The latest CFexpress cards from Delkin, of course!

It’s been a few weeks since Lexar announced the world’s fastest CFexpress Type B and Type A cards. But not to be outdone, arch-rival Delkin Devices claims impressive speeds for its recently updated Black-series CFexpress Type B cards. Where Lexar grabbed the headlines with outright speed claims, Delkin promotes the minimum sustained write speed of the latest Black-series cards – arguably a more relevant performance metric in real-world use.

Delkin claims that black cards can write data faster than Nikon Z9’s own frame buffer. Usually, the camera buffer fills up after 79 frames have been taken, which slows down burst shooting as the memory card becomes a bottleneck for writing data. This is not the case with the new Delkin Black cards (supposedly), as Delkin claims that a Black card can write lossless Raw photos without ever touching the Z9’s 79 shot buffer, and does not will stop only when the card is full. For a 325GB card, this equates to 6,661 photos, each with a file size of 55.1MB, recorded continuously. Awesome stuff.

According to Delkin, “the camera buffer was never completely filled during testing, resulting in no stoppages or delays.” As for video write speed, Delkin claims that a Z9 loaded with a new Black-series card can record 10 minutes of 8K RAW 12-bit 6:1 (7,680 x 4,320) compression footage at 60 frames per second.

This all translates into a minimum sustained write speed of 1530MB/s, far exceeding the VPG400 (Video Performance Guarantee) 400MB/s Compact Flash Association rating given to some rival CFexpress cards, and making the cards the most fast in this regard. For context, ProGrade Digital’s high-end CFexpress Type B 1700 Cobalt memory card has a minimum sustained write speed of 1400MB/s, while Angelbird’s PRO CFexpress MK2 Type B AV card can only deliver ” » 1300 MB/s sustained.

Just be careful to choose the latest generation of Black cards, as the older, slightly slower Black series CFexpress Type B cards are still sold alongside the newer versions.

The Alito 5 must stay the course