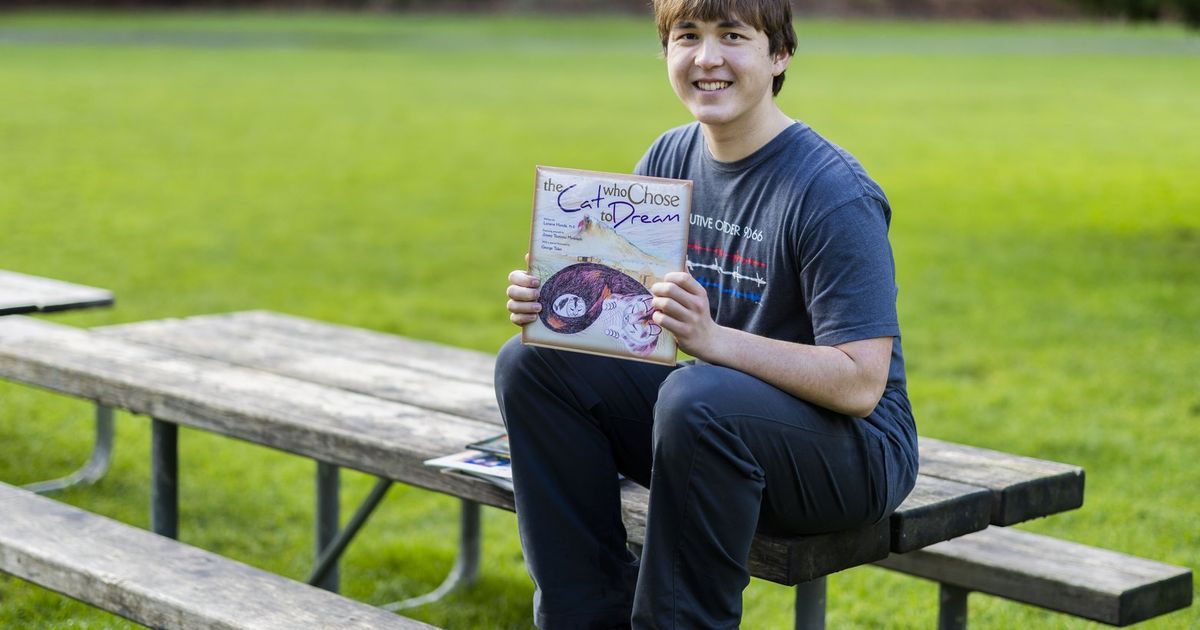 “The Cat Who Chose to Dream”

by Loriene Honda, with illustrations by Jimmy Tsutomo Mirikitani and an introduction by George Takei.

Honda’s book is from the perspective of a cat who chose to be incarcerated as a show of support for his Japanese-American family. Mirikitani, the illustrator, was himself incarcerated during the war and was the subject of the 2006 documentary “Mirikitani’s Cats”.

written and illustrated by Katie Yamasaki.

Yamasaki, muralist and author, based this story on his own family’s memories of incarceration. In it, an older brother takes care of his younger brother after the family is incarcerated, sneaking out at night to catch fresh fish to encourage young Jimmy to eat again.

by Laura Atkins and Stan Yogi, with illustrations by Yutaka Houlette.

Part of a series for young people about real-life heroes, this book chronicles the incarceration of activist Fred Korematsu and his fight for justice after refusing to comply with incarceration.

by Yoshiko Uchida, with illustrations by Joanna Yardley.

Drawing on her own childhood memories, Uchida’s book centers on a 7-year-old girl who is incarcerated with her family and devastated by the loss of a bracelet given to her by her best friend.

This non-fiction book is a remarkable primary document: an illustrated daily diary kept by a class of third-grade students incarcerated at Camp Topaz in Utah during the war, including archival photographs.

“A place where sunflowers grow”

by Amy Lee-Tai, with illustrations by Felicia Hoshino.

In this picture book, a young girl incarcerated in the Utah desert tries to plant flowers, wondering if anything can grow in a place where nothing is beautiful.