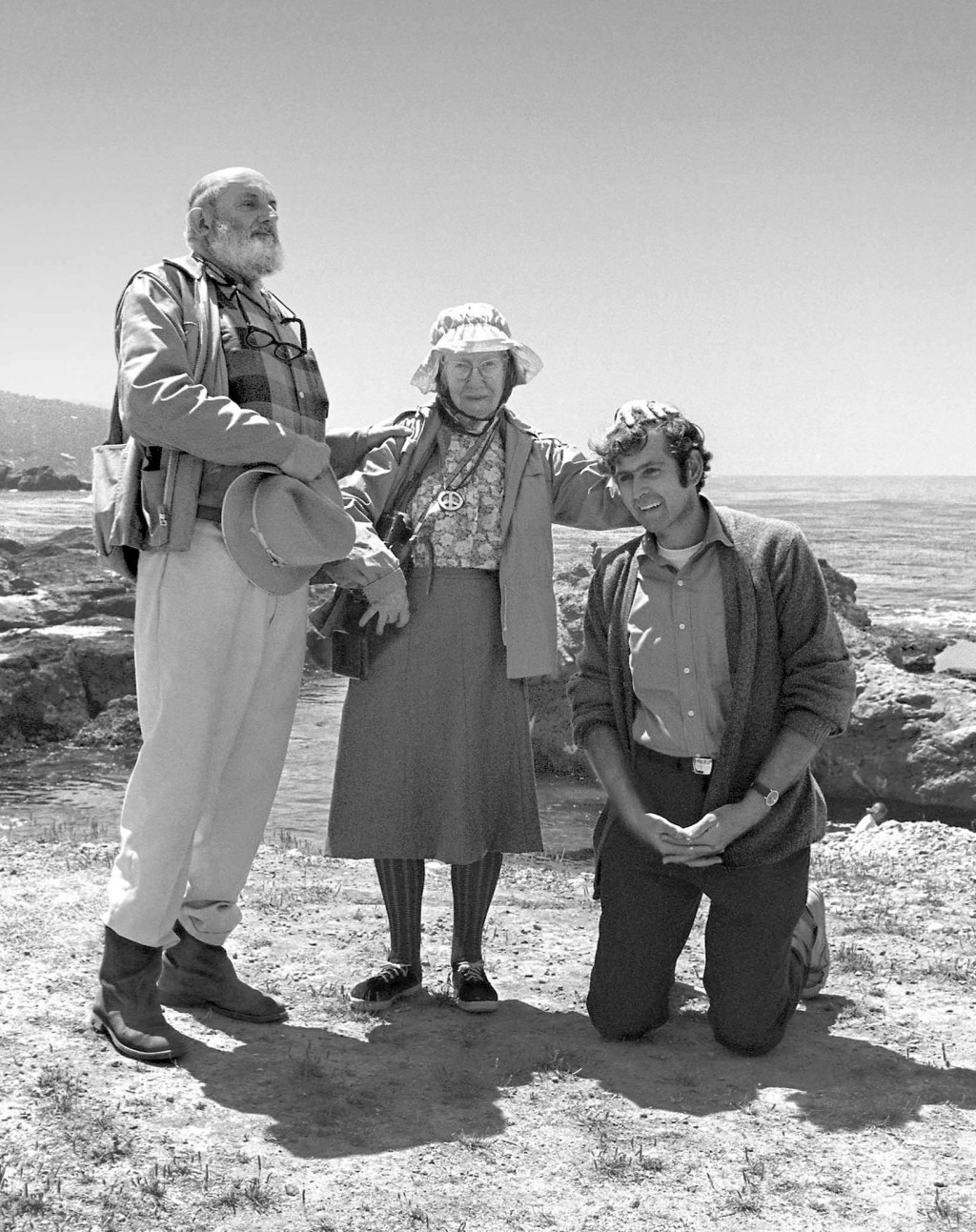 The one thing we all know about Ansel Adams’ ghost is that he’s probably out there somewhere – enjoying sweeping views of the western sky or waiting for the dewy light of dusk to land. right on a sand dune or a cypress tree.

But if Adams were to haunt an indoor space, it would most likely be the gallery adjacent to the Sunset Center in Carmel.

This space is now home to the Center of Photographic Art, but 50 years ago Adams – the most prominent brand in fine art photography then and now – helped establish what is now the second oldest non-profit photography gallery in the country.

On Saturday, the CPA will officially celebrate the 50th anniversary of the founding of the Friends of Photography gallery, not only as an exhibition space, but also as a center for workshops, conferences and fellowship around the subject of photography. art, especially its development in the vast American West.

Adams wasn’t the only industry giant to help found the Carmel Gallery. Even more central to the story was Cole Weston, son of the immortal Edward Weston. Also among the gallery’s early days were several other bright names in the history of West Coast photography, including Brett Weston (Cole’s brother), Wynn Bullock, Imogen Cunningham, and art historian Beaumont Newhall. Photography could not have had better friends.

CPA executive director Brian Taylor calls the gallery he now runs “a sacred space.” The gallery’s history suggests that it was the epicenter of a specific photographic aesthetic, shaped by some of the brightest names in photography. “It started as a kindred spirit group,” he said, “and grew into a world-class organization.”

Friends of Photography and the Center for Photographic Arts are two separate entities, with the latter moving into the space after the former moved to San Francisco in the late 1980s. It’s not one particular organization that is celebrated, but the gallery itself. Despite its changes in leadership – a third organization ran it during a short interregnum between Friends and CPA – the gallery has remained constant.

The gallery was founded during that famous “Summer of Love” in 1967, when just up the street in Monterey, the emerging stars of the musical counterculture congregated at the Monterey Pop Festival.

Carmel was already well known as a mecca for photographers. Edward Weston moved to the area in the late 1920s and Adams several years later after Weston’s death. In the mid-1960s, Carmel Public School moved to a new building. Cole Weston, in his 40s at the time, was approached over his interest in using the space where he and his brother had once attended elementary school.

At the same time, Adams – who was already well known at the time – wanted to start an organization to promote West Coast photography. The names Adams and Weston attracted many other artists, critics and historians, and Friends of Photography was born.

The Friends shared their artistic DNA with the Group f/64, an association of Californian photographers dating back some thirty years earlier. The group included Adams, Cunningham and Edward Weston and focused on establishing general principles for artistic photography. With such skilled artists, these principles quickly evolved into an aesthetic built around ultra-sharp black-and-white prints often made from long exposures.

“It was the temple of that aesthetic,” Taylor said in her office next to the gallery. “It was an aesthetic that was alive and well in the 1960s – as it is today among many proud Monterey-area photographers. But (at the time) it had such power to attraction that people from all over the world came here to the Friends of Photography gallery to soak up this point of view.

Adams was something of a rock star in the world of photography, and as such he was not a daily presence at Carmel photography. But Taylor calls it “the spiritual and financial backbone of Friends of Photography.” The Friends have become known not only for their exhibitions, but also for the many workshops and seminars for professional and amateur photographers.

In the world of the late 1960s, when artistic sensibilities changed dramatically and a new generation embraced day-glo and psychedelia, Friends of Photography and their pristine black-and-white prints seemed perhaps conservative. at the time. The group was indeed interested in maintaining a tradition in photography. But Taylor said that, taking inspiration from Adams, Friends were not backward-looking.

“Ansel was state of the art,” Taylor said. “He invented the zone system, which was as scientific as it gets. The Friends have always been very open to the contemporary.

Adams died in Monterey in 1984, long before the digital revolution took hold in photography. But he was aware of the technology to come.

“Electronic photography will soon be superior to anything we have now,” he said towards the end of his life. “The time will come when you can do all the photography electronically. With the extremely high resolution and enormous control you can get from the electronics, the results will be fantastic. I would like to be young again.

After Adams’ death, the Center for Photographic Arts took over the gallery with a mission, Taylor said, to continue much of what Friends had started. “We are extremely proud to trace our roots to Les Amis de la photographie. We never forget how it all started. We never forget our ancestors.

Today, the world of photography has been completely transformed by digital technology. Although Adams is far from forgotten – on the contrary, he remains one of the most powerful names in photography – the artistic perspectives of photographers have broadened considerably since the days of f/64.

Taylor came to CPS three years ago after a long career in academia. He chaired the art department at San Jose State University. He said Adams and the Friends would like nothing more than the gallery to be a place where young photographers are still exploring new modes of expression. “We have to respect our roots, but we also have to be a space where people can come and see what’s happening in the art world today.”

Taylor sees two big trends dominating photography right now. The first is the advancement of technology that makes perfection in photo editing possible, and all the possibilities and consequences that entails. The second is that many young, new generation photographers are turning away from the latest advances to older technologies, some even older than Ansel Adams.

“It’s hard to be a creative photographer these days,” Taylor said. “There are literally more cell phones than people on the planet. That makes it difficult. Perhaps that’s another reason why some young photographers are turning away from digital and going analog. Very few many people can follow them on this road.

Spotlight on the best photography books of the season