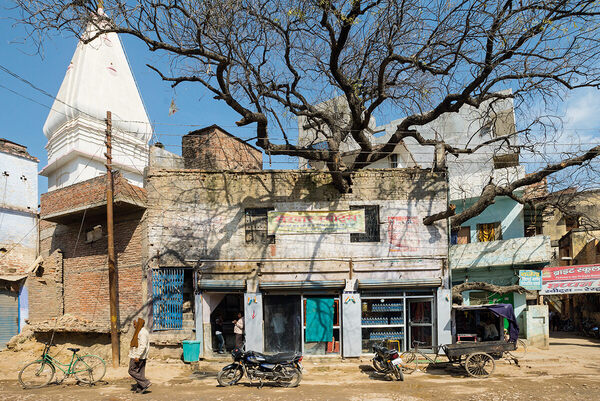 The most wonderful photography books of 2017

During this season of gifts, if you find yourself browsing stores – virtually or in person – with a growing sense of panic and hopelessness, Dark Atlas is here to help. There is one gift, in our humble opinion, that is beautiful, timeless, and perfect for the person who has everything: a photo book.

For someone looking for inspiration for their next trip, consider Holidays in Soviet sanatoria, which offers an overview of the still functional spas of the former Soviet Union. Or if it’s the trip that matters, consider the options in Mobitecture: architecture in motionâ€”Including a ski sauna. The homebody in your life might find a different kind of inspiration in Hong Kong Shop Cats.

Photo books can also show you places you might never have imagined. Visit one of Japan’s abandoned â€œlove motelsâ€, float above the Earth or travel through time to see history in blazing color. Below you will find Dark AtlasThe selection of photo books of 2017, able to satisfy a wide variety of your gift needs.

If the end of the year invites existential reflection, a book on our relationship to the universe can be the ideal companion. Universe: Exploring the Astronomical World brings together over 300 images from all over history, from paintings on cave walls in France to multi-colored galaxies from the Hubble Telescope. It also includes this awe-inspiring photograph of astronaut Bruce McCandless on the first unattached spacewalk in history.

Photographer Marcel Heijnen loved the feline inhabitants of his local Hong Kong stores so much that he started taking their portraits. In her photos, cats nap in back rooms, hide in boxes, and greet customers from counter perches. A godsend for cat lovers, Heijnen has since turned to cats in the Metropolitan Market.

In the town of Santa MarÃ­a del Tule, Oaxaca, Mexico, there is a Montezuma cypress known as El rbol del Tule. It has a circumference of 137.8 feet and is between 1,200 and 3,000 years old. It is included with over 50 other venerable trees in the book Wise trees. Photographers Diane Cook and Len Jenshel have traveled to 59 locations on five continents to document these captivating natural wonders and their stories.

Africa on a daily basis started as an Instagram account in 2012, with the aim of challenging the way the continent is generally represented. It now has over 370,000 subscribers, and earlier this year the best images were compiled into a book, edited by Africa on a daily basisthe founders of, Austin Merrill and Peter DiCampo, as well as photographer Nana Kofi Acquah and designer Teun van der Heijden. It includes the photograph of contributor Andrew Esiebo, above, Taking selfies in Lagos, Nigeria.

Spontaneous travelers will find a lot of inspiration, motivation and ideas Mobitecture: architecture in motion. It features comfy wagons, tents stowed in shoes, and the Golden Gate 2, a streamlined, airy, foot-powered camper van with space for a surfboard.

In Soviet times, vacations were state sanctioned and involved scheduled health care, daily activities, and occasionally sunbathing. For his book Holidays in Soviet sanatoria, Maryam Omidi traveled through 11 former Eastern Bloc countries to document the architecture and current treatments on offer, including the use of ultraviolet light sterilization at Aurora Sanatorium in Kyrgyzstan, which is believed to help kill germs in the ears, nose and throat.

In the 1940s, color film was rare. But in the extensive archives of the Imperial War Museum, there are around 3,000 color photographs taken between 1942 and 1945. A selection of these images is presented in World War II in color. These rarities – which are now over 70 years old – bring an unexpected immediacy and intimacy to the conflict. Take nurses and a convalescent crew above, at leisure outside Princess Mary’s Royal Air Force Hospital in Halton, Buckinghamshire, in August 1943. (The book is published by IWM and available for purchase here .)

Latif Al Ani began photographing his hometown of Baghdad in the late 1940s and over the next three decades captured Iraq like no other photographer had. Known as the founding father of Iraqi photography, he chronicled people, history, culture and industry during a period known as the “Golden Age of Iraq. “. With the outbreak of the Iran-Iraq war and the rise of Saddam Hussein, Al Ani stopped working. Much of its archives were lost during the American invasion in 2003. This book, the first monograph of the 84-year-old work, won the Historical Book Prize at the Rencontres d’Arles photo festival this year.

In 1990, Ukraine had around 5,500 statues of Vladimir Lenin looking down from plinths across the country. Today there is none. Photographer Niels Ackermann and journalist SÃ©bastien Gobert have tracked down the remains of these monuments of yesteryear. They found giant heads hidden in car trunks and the closest one to a janitor, as well as complete statues lying around, like this one in Kremenchuk.

Memento mori. Loren Rhoads’ book documents cemeteries famous for their inhabitants, as well as those that are simply beautiful. Some subjects are both, such as the Highgate Cemetery in London, which includes the graves of Karl Marx, Douglas Adams and George Eliot.

Photographer Shane Thoms has scaled many abandoned properties for Haikyo: the modern ruins of Japan, but his photographs of old-time hotels are particularly captivating. Of onsens at a ‘love motel’ at the ornate and abandoned Royal Hotel, above, the structures in Thoms’ photographs evoke and record the past.

Spotlight on the best photography books of the season

Top 8 Photography Books You Need On Your Shelf