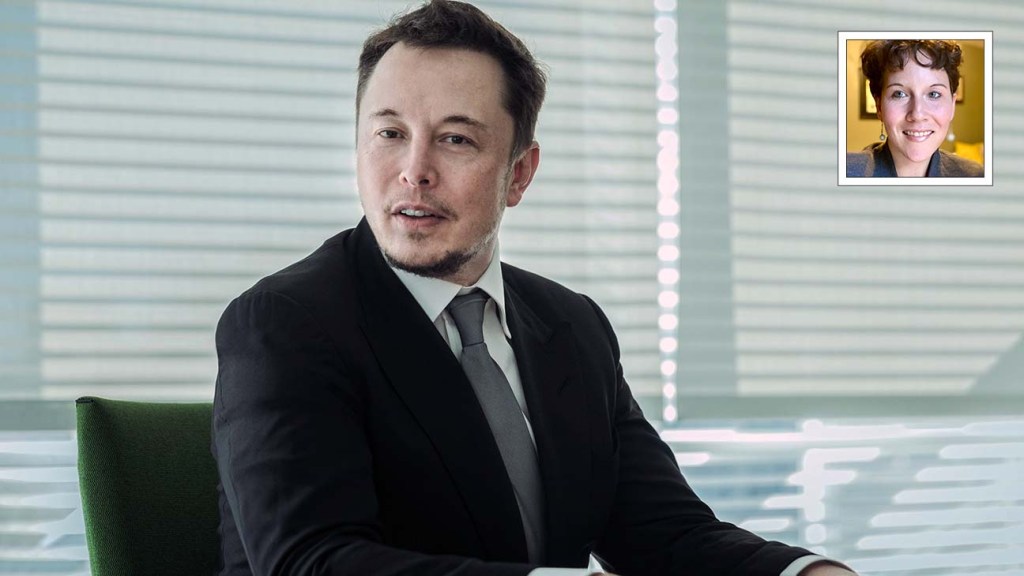 At a time when headlines abound over Elon Musk and his paused bid to take over Twitter, a new The New York Times presents The documentary attempts to refocus attention on the ongoing saga of Musk’s self-driving technology ambitions for Tesla, and the safety questions that the company’s moves to realize that dream have raised.

Elon Musk’s crash coursethe latest installment in the FX series The New York Times presentsexamines the many claims the world’s richest man has made about Tesla’s self-driving technology since at least 2014, the reality of how the auto company’s technology has evolved over the years (cars are equipped with advanced driver assistance systems but are currently not able to drive on their own) and crashes involving Teslas and the company’s “Autopilot” feature.

Directed by veteran journalist Emma Schwartz, who previously worked for First linethe film features interviews with former staff members, a current Tesla beta tester, former Tesla executives and others to paint a picture of the company’s approach and intense focus of Musk on making self-driving vehicles.

During the film, some former employees express serious concerns about how Autopilot was originally developed at Tesla, as well as the company’s marketing and communications regarding its Autopilot and “fully driving” features. autonomous” (FSD). Other former leaders of top government agencies say manufacturers like Tesla need to tackle driver “complacency” when advanced driver assistance systems are in play. Still, Schwartz notes that she also met with sources “who still believe Tesla could lead the pack” on self-driving technology.

The film also explores how Tesla attracts and works with an engaged and dedicated fan base — “the company capitalizes on that interest, and that’s part of what’s interesting about it, really,” she says. (Elon Musk’s crash course notes that Musk did not respond to multiple interview requests; The Hollywood Reporter contacted Tesla for comment.)

The Hollywood Reporter spoke with Schwartz ahead of the premiere of Elon Musk’s crash course about how the filmmakers pieced together sources, surprising moments in the reporting process, and the “roller coaster” of Elon’s attempt to take over Twitter.

How did this documentary come about and how did you get involved in it?

I was working on the initial development for The New York Times presents, trying to flesh out the ideas we had. One of the questions was, can we watch Elon Musk? First I thought, well, okay, there was a biography, he’s in the news every day, what are we going to do, what can we say ? As I began to read and talk to people, [I] really started to take an interest in this effort to create a self-driving car. There were all kinds of questions about the security of the technology, whether the government had done enough and what were the basic facts: how safe is the technology? And none of those questions seemed like easy questions to answer, and as I started talking to more people, it became pretty clear that this was a project that Elon Musk was in very involved and that many key decisions fell to him. So it started to turn into a story that was about the person, but also about the business and security issues that had been bubbling for years.

How difficult did you find the process to get former Tesla employees and current Tesla owners to participate?

I would say that with any documentary, especially ones that deal with complex companies or stories or powerful people, finding or finding people willing to speak on camera is always a challenge. This has been a challenge in almost every project I can think of. This one was definitely harder I would say because you’re dealing with a company, you’re dealing with people with non-disclosure agreements, and you’re dealing with people who are afraid of the potential backlash of talking about a very individual powerful . But we did what any good journalist really does, which is to talk to as many people as possible. To be fair, not everyone had exactly the same point of view, which is part of what was interesting. There are people who still believe that Tesla could lead the pack. There are others who left because they had lost confidence in the way the mission was carried out. I think ultimately there were a number of years and a number of issues that some people thought it was time to talk about.

The documentary begins with the death of Joshua Brown, and it’s a story that the film returns to several times during the narrative. What was behind the decision to continue watching this tragedy?

Josh Brown’s accident was the first known fatal accident in the United States and it was the most publicly case studied, so it gave us the biggest window to understand what happened, who was at fault, and what may or may not be missing from Tesla’s response. It also gave us a character and a person to relate to, because Tesla is a company that’s built on a very large fan base and there are a lot of people who believe in the mission. There has been a major impact on what Tesla has done to embrace the idea of ​​electric vehicles. Part of how the story of Tesla and Autopilot has unfolded is that there are so many fans who want to be on the cutting edge of technology and are eager to try things out because it is exciting. The company is capitalizing on that interest, and that’s part of the interesting thing about it, really.

Were there any moments that particularly surprised you in your report?

There were a few things. One thing that sometimes people forget here is that Josh Brown’s family hasn’t spoken publicly since the accident, but they released a statement, which we have in the film. I found it interesting that after everything they’ve been through, they’re still hopeful that technology can advance. It’s not the answer that everyone has, and it was a surprising thing when I first looked into the question.

Another surprising moment for me was when I first came across the press conference that Elon Musk had a few months after Josh Brown’s accident, where he said that we had made changes to the system of driver monitoring, made warnings more frequent and we have this amazing, super-duper radar. Someone at the press conference asks, “OK, so if you had that radar, would it have saved Josh Brown’s life?” And Elon Musk replies: “I think so”. I mean, it can’t be 100%, but probably’ – it’s pretty close to what he said. It was surprising and really striking to me because I was reading this a few months after the company decided to drop the radar. So that was a clear flip-flop in what they were doing from a technology standpoint and I was like, okay so has technology changed or was that all or is that a whole message?

It started to raise questions for me about what was the strategy? I do not have the answer. There are people who support the company’s current decision and say [Tesla was] getting too many false positives and removing the radar will do [driving] safer. You see that from some of the YouTubers. And you talk to other people in the self-driving industry and they say, well, you always need different kinds of technologies because they all have pros and cons and it’s helpful to have a balance so that everything is safe. But making the different technologies work together is certainly not easy either. So those are the two sides of the situation.

The media has obviously focused on startups or tech companies that overpromise or make misleading claims in recent years. Do you think that in the recent past Tesla felt that extra scrutiny or did it escape it to some degree?

That’s an interesting question and it depends on who you ask the question in the Tesla universe, doesn’t it? Because there’s some truth to the fact that Tesla crashes get more attention than other cars. Not all accidents involving a Tesla necessarily involve Autopilot or other technology. So there are people who feel like Tesla is getting too much attention. On the other hand, when you look at the regulatory actions and what the government has done, yes, you have these investigations, but the government has not taken strong action. One of the challenges is that the government is saying, “We don’t have enough data. They are starting to collect data on crashes that occur with advanced driver assistance systems like Autopilot and FSD [Full Self-Driving] and supposed to publish the data at all times, [but] it’s been months of waiting.

So from that perspective, you could say, well, there have been all these accidents, but there have been no new government rules. NHTSA [the National Highway Traffic Safety Administration] did not follow NTSB recommendations [National Transportation Safety Board] which asked them to put more regulations on advanced driver assistance systems, so in some ways both are true. Essentially, you could say that Tesla is definitely getting more attention, but when it comes to whether the government has really been able to fend off the concerns raised by investigators, you haven’t seen it.

Given everything you know about Elon Musk and your work on this documentary, what do you think of Musk’s recent bid to take over Twitter?

Well, you know, it’s funny. There’s a part of the movie where we have a clip of Elon on the Joe Rogan show where he refers to how we should all get off social media, except he kept his Twitter down because he needs a way to disseminate information. At the time, I thought it was an interesting moment given everything he’s said on Twitter over the years. Watching this now, I don’t exactly have the right word, but I laugh a little: it feels like we knew something we didn’t actually know when we put it in the movie. But it certainly got a lot of attention and was a real rollercoaster like most of Elon’s other business adventures.

What do you hope viewers take away from your film?

There are a few things that I hope people take away. First, I hope people will better understand the promises and ways in which Elon Musk, one of the most powerful and wealthy business leaders of our time, operates. That in some ways, the story of the self-driving car effort is a microcosm. And two, I hope it helps people think more deeply about Silicon Valley and the technology and the promises that are sold to us all.

This interview has been edited for length and clarity.