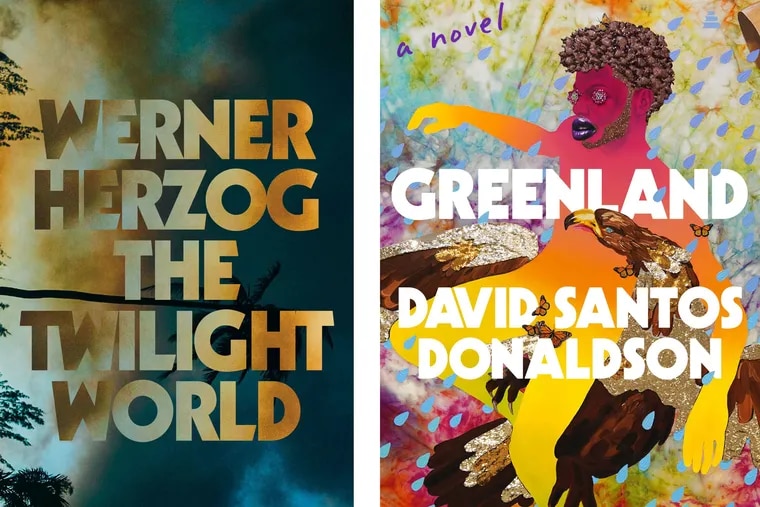 As a journalist, I prefer a sharp line between fact and fiction. But another part of my brain — the part that reads books, watches movies, and hopes to one day see a compelling Bigfoot photo — can appreciate the blurry line between what is and what could be.

Have you seen Werner Herzog’s 2010 documentary Cave of Forgotten Dreams? It’s 95% prehistoric art treasure discovered in France but ends with a bizarre detour about albino crocodiles that have been mutated by a nearby nuclear power plant.

I was disappointed, briefly, to learn that Herzog had made up the crocodile part, attributing it to his quest for “ecstatic truth” rather than the boring, naïve “accounting truth” of the real world. This is a flagrant violation of what documentaries are supposed to do. It’s also a low-stakes fictional explosion that momentarily made me believe in a more interesting world than this. I’m kind of glad I was lied to, even though it made me suspicious of other Herzog works. (Example: this coroner of graying man I always felt like a B-movie mad scientist character to me. I’ve watched it; he was a real guy.)

Last month, Herzog published his first novel, telling the heartbreaking true story of Hiroo Onoda, the Japanese World War II soldier stationed on a small island in the Philippines, who did not surrender until 1974. Herzog met Onoda in 1997, and there’s a lot of information about the man there, including his own autobiography from 1999. So why is he classified as fiction?

The twilight world is a slim and resolute book. No subplots, no irony. With deliberate, no-nonsense prose, Herzog portrays Onoda and the three men under his charge as they navigate the unforgiving jungle. They patch up their tattered uniforms. They soak their ammunition in coconut oil to keep them from rusting. They often change sides. They carry out sometimes deadly raids on local villages to steal food and supplies.

And from time to time, they perceive clues to the futility of their mission: strange planes in the sky, bits of newspapers saying that the war is over, no confrontation with the American forces. In the end, it’s just Onoda alone in the jungle, having lost his companions to death or desertion and telling himself that the messages he receives imploring him to surrender are enemy trickery.

This is precisely the kind of stuff Herzog makes movies about – a chimerical quest, a driven man versus an indifferent nature, and so on. – and it would probably be a movie if Onoda had brought a camera with him. Instead, we have this novel that tells a compelling and fairly true story and leaves us pondering the big questions: Is it a tragedy or a comedy? Is it a story of loyalty and duty? Delirium? There are no easy answers when it comes to the messy and convoluted truth.

And now, more books to embark on your own chimerical quest.

West Philly writer/editor Jason Rekulak has worked on other authors’ sleek, conceptual projects for years at Quirk Books, so it makes sense that his own novels are also sleek and conceptual. His last, Hidden images – an immersive horror story about a babysitter recovering from addiction who notices something increasingly disturbing in the drawings of 5-year-old Teddy – is enhanced by playful and sinister illustrations by Doogie Horner and Will Staehle . The result is something that embraces the hallmarks of the genre while pushing its boundaries with sly humor and inventive menace. Pro tip: Skip the e-book and get a hard copy. (Flatiron Books, $27.99, available now)

Samit Basu’s wild new dystopia is set in a future we can kind of see coming, where “smart” technology aims to keep us comfortable, safe and advertised, but doesn’t even tackle the big ones. problems like climate change, poverty, pollution, etc. Our protagonist, Joey, has a tattoo that monitors his stress, an app that tells him to avoid an anti-authoritarian protest due to a high likelihood of bloodshed, and a sweet gig as a “reality checker” in uploads the celebrity ex-boyfriend’s “multi-reality multimedia livestreams” to its website. His morning jog is bolstered by dry clothes to deal with the extreme heat, a mask to ward off smog and plague, and pepper spray on his belt to deal with assailants, stray dogs and rogue monkeys. Both cyberpunk thriller and whimsical satire, The city within imagines a guarded version of Delhi plagued by futuristic trappings and wonders, both claustrophobic and brimming with possibilities. (Tordotcom, $25.99, June 7)

At the start of David Santos Donaldson’s dazzling debut novel, desperate author Kip Starling – a nerdy “seeker of truth” whose resume includes unceremonious exits from an MFA program and a monastery – locked himself in a basement with a desk, a laptop, a bathroom and lots of coffee. He has three weeks to rewrite his historic gay romance novel to impress the only publisher to ever take an interest. Meanwhile, his ex-BFF and future ex-husband are on the other side of the basement door begging him to be reasonable. Oh, and there’s a gun in the office too, but he assures us he’ll do his best to keep it from exploding, damn Chekhov. Is Kip unbalanced? Of course, it looks like it. But we’re in good hands with Donaldson, who keeps us hooked from the start with snappy prose and taut but human storytelling. (Amistad, $26.99, June 7)

➡️ Buy it now at bookshop.org

If you only know Ottessa Moshfegh through the modern malaise of Manhattan in 2018 My year of rest and relaxation, his brutal, low-key new fantasy historical novel, might blow your mind a bit. Set in a medieval village where peasants suffer in grim servitude under a despicable feudal lord (the damningly named Villiam), Lapvone is a sardonic, multi-perspective exploration of a society ruled by barbarism, ignorance, corruption and religion. Is it a commentary on contemporary existence and the human condition? Sure. But that’s not what you think of during the comically gruesome depictions of cannibalism. (Penguin Press, $17, June 21)

Philadelphia author Candice Iloh will bring you to tears with this charming and moving novel about a 16-year-old girl mourning the loss of her mother even as disturbing family secrets come to light. (Dutton Books for Young Readers, $17.99, available now)

In these revealing ‘memoirs and manifestos’, the Nigerian-born activist writes candidly about the difficulties he faced as a gay man in his home country and as an asylum seeker in South America. the Trump era. Politicians who claim to be serious about immigration reform need to hear Okporo’s story. (Simon & Schuster, $26.99, June 7)

This Dickens adventure about children with paranormal powers marks the start of the highly anticipated new fantasy series Talents. A costly bidding war has broken out over publishing rights, leading some to speculate that JM Miro is the pseudonym of an already popular author. My guess? Helen Ferrante. Or Thomas Pynchon. Maybe David Mamet? I’m bad at this. (Flatiron Books, $28.99, June 7)

A longtime Philadelphia journalist and current editor of Atlas Obscura (not to mention a former college colleague of mine), April White brings to life an almost forgotten time in American history, when 19th century women century have traveled from all over the small town in South Dakota with the most lax divorce laws in the country. (Hachette, $30, June 14)

Buy it now at bookshop.org | Borrow it from the free library

Other books to come

Look for the monthly summary of good reads by Patrick Rapa on Inquirer.com and in The Inquirer on the first Sunday of the month.

Want to learn street photography? Here is a free one hour video course