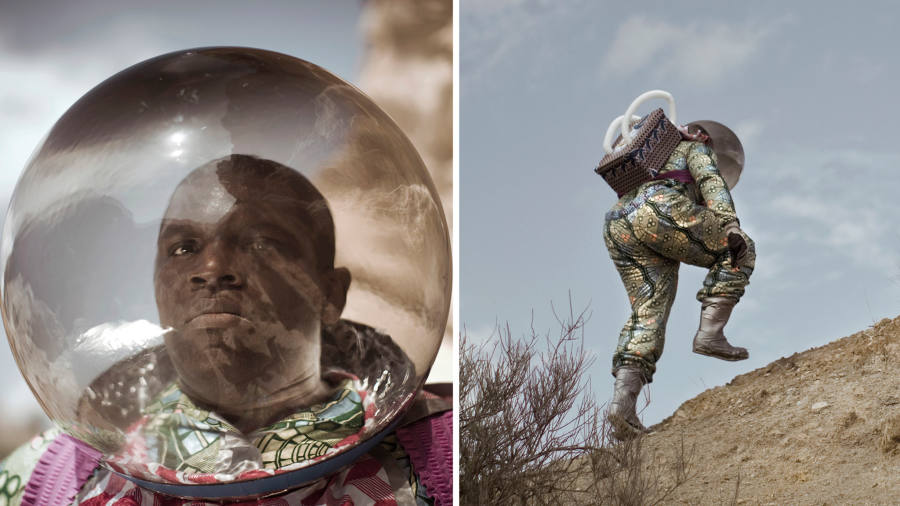 Self-publishing: DIY photography books are all the rage

When Cristina de Middel quit her job as a photojournalist at a Spanish newspaper to take a year-long sabbatical, she could hardly have imagined how momentous the decision would be.

In 2011, De Middel began work on a project inspired by Zambia’s abandoned space program in 1964. De Middel picked up on the little-known story, constructing surreal scenes of would-be astronauts in the barren landscape of his hometown, Alicante. It was a low-budget affair – the astronauts’ helmets were made from the domes of old street lights, and she commissioned her grandmother to make the spacesuits. The images were published in Afronauts, a charming and discreet book that she designed with friends, funded and promoted for â‚¬ 28 on her Facebook page.

Later that year it became one of the most discussed books at the Arles Photography Festival, and after photographer Martin Parr allegedly bought five copies, the 1,000-copy edition sold. in two months.

The following year the Afronauts was nominated for the Deutsche BÃ¶rse Photography Prize and received the ICP Infinity Award. Copies are now changing hands up to Â£ 1,000. In just over a year, she had reinvented herself as a conceptual artist, her new career launched with just one book.

By then, the world of photo books had changed dramatically, from an area run by powerful publishers to a market where anyone with access to a computer could put pictures on paper.

The past year has been an important one. Born in Belgium and based in Manchester, Mishka Henner was also nominated for the Deutsche BÃ¶rse Prize for his self-published No Man’s Land, a series of images produced using Google Street View. And of the 20 books shortlisted for the Paris Photo-Aperture First Book Prize, 14 were self-published.

“It seems like every photographer now has to make a book, it’s like a calling card, and many important careers were launched from the first book,” says Gerry Badger, who, alongside Parr, co-wrote The photo book: a story Volume III, released earlier this year.

“One of the main drivers of self-publishing is that the arguments in favor of added value by traditional publishers are slowly being dismantled, such as better marketing, distribution or editorial expertise”, adds Rudi Thoemmes, who directs RRB Photobooks and organized the first edition. The Bristol Photo Book Festival was held earlier this month.

The self-published photography book is by no means a new phenomenon. American artist Ed Ruscha pioneered the practice in 1963 with his Twenty-six gas stations, produced on a photocopier. In 1974, Japanese photographer Daido Moriyama hand-stapled 100 copies of his tribute to his American counterpart William Klein, Another country in New York, similarly low-tech, which now commands Â£ 40,000 in the collector’s market.

But with the availability of cheap digital printing technology and the rise of social media, photographers are now able to design, print and promote their work with relative ease.

Of course, prices are determined by supply and demand. Self-published title editions tend to be small, so you need to act quickly if you want to purchase them. London photographer Andy Sewell helped fund his critically acclaimed film The Heather by selling a pre-order edition of 100 signed copies for Â£ 100 on his website, a formula he replicated for his upcoming book Something like a nest which will be presented in Arles next week. The first editions were priced at Â£ 30; it is now difficult to find copies for less than Â£ 200.

More recently, the superb Eamonn Doyle I book photo was available for â‚¬ 30 but sold out in two months and is now changing hands for Â£ 150.

One title that received a lot of attention at Photobook Bristol was the second self-published book by Belgian photographer Max Pinckers, Will they sing like raindrops or will they leave me thirsty, a magnificent film collection of images of honor-based violence in India. Pinckers ‘book is already out of print at Photographers’ Gallery in London and is expected to rise in value.

There are now different competitions that reward self-publishing, the pioneer being the Dummy Award at the Fotobookfestival Kassel. The 48 shortlisted â€œmodelsâ€ this year will be on display at next week’s PhotoIreland in Dublin (the winner will be announced in Kassel in October). This means that judges and critics are no longer just examining published work, but the steps leading up to it, and photographers are increasingly aware that attention to detail will not go unnoticed.

As a result, the photo book has never been so inventive or eclectic. A trend is emerging for what Badger describes as the “layered” photo book, in which multiple narratives are intertwined, with inserts adding complexity and emphasizing the tactile nature of the photo book experience. In his self-published Concresco, a strangely captivating book about Albanian war bunkers, Dutch photographer David Galjaard has inserted informational booklets and interviews that merge with his printed landscapes.

One of the UK’s best-known self-published photographers, Stephen Gill, makes books that are in themselves beautiful works of art, produced in a way that a mainstream publisher cannot reproduce.

“I will often take the long way and make a cut or design of wood or lino to catch the spirit of the work.”

By producing Coming for air (2010) With his imprint, Nobody Books, Gill chose to hand paint the 4,000 book jackets using leftover printing ink. â€œI like the idea of â€‹â€‹man versus machine,â€ he laughs. Signed copies and limited editions of Gill’s books sell for around Â£ 450.

Ironically, books that initially could not fit on bookstore shelves are now a major attraction. The first editions are rarely available on major bookstore sites and independent bookstores take advantage of them. London’s Foyles has a section dedicated to self-published titles and small print. â€œI feel like customers have a real connection to this type of book and that they are organizing their own collection of original artwork,â€ says Mohara Gill, art buyer at Foyles.

So what can we expect next? There has not yet been a significant contribution from photographers using the Ebook format and, according to Badger, there is every chance that the first such publication will be self-published. â€œI wonder if this emphasis on physicality – the tactile aspect of the book – signals one last hurray before the book takes over,â€ he says. â€œThe electronic photo book hasn’t taken off yet, but someone, somewhere, will make the breakthrough work. ”

If there was a digital revolution in the field, the currently produced three-dimensional book burst will only become rarer and more prized, and therefore more valuable.