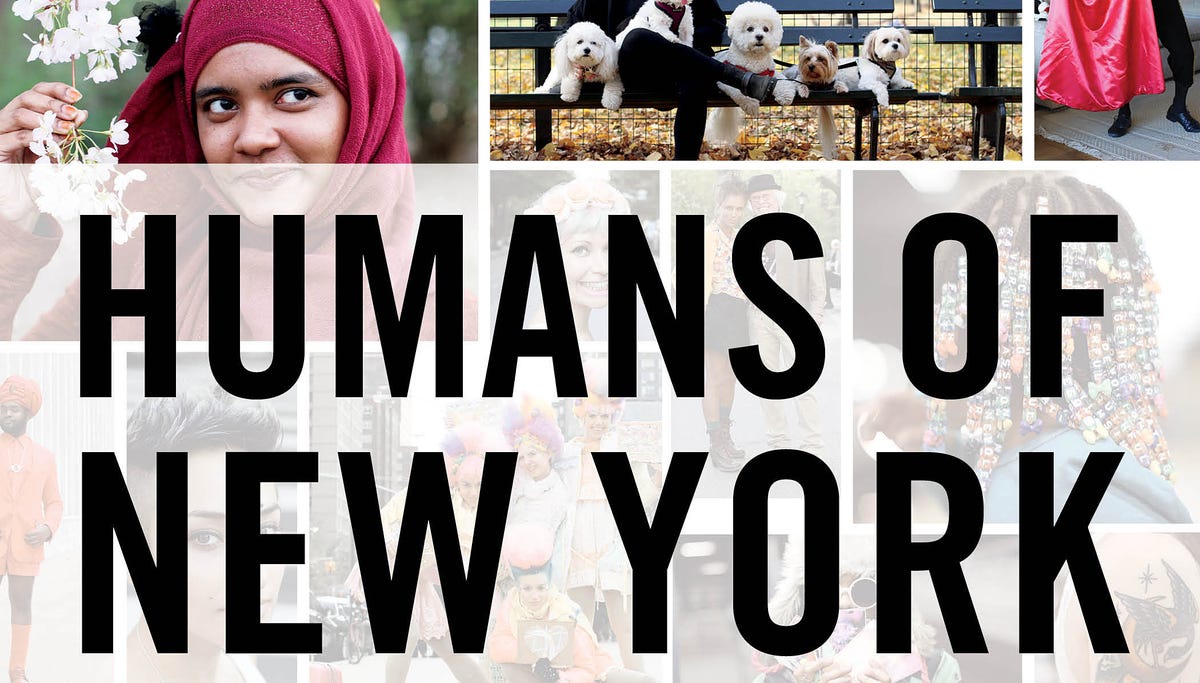 But while posting photos on the Internet offers new and innovative ways to express yourself, it’s always satisfying to see photographs printed on glossy paper. That’s why we’ve rounded up the best photo books for every type of Instagram user. Whether you want to take photos of your brunch or raise awareness for a cause, we have the best photography collections for you.

Instagram style: Photographs of the inhabitants of the city
The photo book for you: The humans of New York, Brandon Stanton

The blog The humans of New York launched in 2010 and quickly became a pop culture phenomenon. Designer Brandon Stanton publishes his striking portraits of New Yorkers as well as alternately irreverent and poignant stories or quotes from his subjects. This extremely popular project has been anthologized in book form and the result is undeniably convincing. Be warned: this is the book that anyone who visits will try to borrow from you.

Robert Frank’s photo collection is an undisputed classic, although its initial reception in the United States was not particularly warm. Americans captures both the glamor of American life and its staggering inequalities, especially those relating to race in the 1950s. With its introduction by acclaimed writer Beat Jack Kerouac, this collection is a grim look at the disparities in the way which people live on. Thanks to his Guggenheim Fellowship, Frank traveled across the country and photographed the most remarkable and, at times, the most uncomfortable subjects he could find. He took nearly 30,000 photos, which he edited in this collection, one of the most influential photographic works to date.

Instagram style: Hiking selfies of you, the mountains and your granola
The photo book for you: Sierra Nevada, Ansel Adams

Famous environmentalist and photographer, Ansel Adams was at his best when he embraced these two passions. Adams’s original intention in creating Sierra Nevada was to use it when he testified before Congress about the transformation of Sequoia and Kings Canyon into national parks. He succeeded. The photos themselves are strikingly beautiful black and white views of nature that showcase the magnificence of the mountains.

Instagram style: Beautifully composed photos intended to raise awareness of social issues
The photo book for you: Sahel: the end of the road, Sebastiao Salgado

The images contained in Sahel: the end of the road are heartbreaking: they portray extreme suffering and starvation, and are not for the faint of heart. Salgado’s book was controversial when it was published and continues to anger some critics. The problem is its haunting and disturbing (but aesthetically striking) depiction of the famine that claimed the lives of a million people in the Sahel region of West Africa in the mid-1980s. This book is widely regarded as the reference in the field of documentary photography. These images will shock you, but also change the way you see the world.

Instagram style: #save the whales
The photo book for you: 100 Under 100, Scott Leslie

Scott leslie 100 Under 100 features photos of some of the world’s most endangered species. Among them, the less than 100 Amsterdam albatrosses and Irrawaddy sharks living today. Leslie helps her readers understand more immediately how essential it is to keep them alive. If you’ve got a fondness for animals on Instagram, we bet Leslie’s photos will resonate with you.

Photography has long been a mechanism for exposing the harsh realities of war, and some of the photos on Instagram have also been used as a means of sharing information with the masses in times of conflict. (There has been some debate about Instagram’s role in this type of guerrilla journalism.) Robert Capa at work: it’s war! examines the work of a man many consider to be the â€œinventorâ€ of war photography. War is something that many of us only understand in the abstract, but cannot really imagine. Capa’s work breaks down that barrier.

Instagram style: All food photos and #bookshelfies
The photo book for you: Fictitious dishes, Dinah Fried

Meals often play an important role in fiction. Would have The bell were the same without the weird avocado salads? For Dinah Fried, the answer is a resounding â€œnoâ€. In his original collection Fictitious dishes, she cooks, styles and photographs some of fiction’s most notable meals, from Holden Caulfield’s cheese sandwich to Gatsby’s harlequin-patterned salads. This book is a fun literary review of an sometimes overlooked aspect of books: food! We recommend this collection of photographs to bookworm food lovers around the world.

Instagram style: The more graffiti the better
The photo book for you: Metro, Bruce Davidson

If you live in or have visited New York before, chances are you are no stranger to the good old MTA. And you know when the R train was supposed to arrive 10 minutes ago and it’s 100 degrees on the metro platform, it’s hard to see anything worth photographing in your misery ( unless you have a special affinity for large rats). Bruce Davidson, however, in his photo collection Metro, found beauty in the grimy and graffiti-filled subway tunnels of the 80s, creating an indelible and diverse portrayal of city life.

Instagram style: Crawl over the celebrities in the street
The photo book for you: Annie Leibovitz 1970-1990, Annie leibovitz

Annie Leibovitz is a legend, known for her extraordinary celebrity photographs that capture more than the obvious. If you enjoy spotting celebrities – say Emma Stone and Andrew Garfield having a snack at Momofuku Milk Bar in New York City – then snapping photos that you hope will encapsulate the unique dynamics of their relationship, Leibovitz’s work is sure to inspire your. instagramming, and deepen your appreciation of the art form as a whole.

This article originally appeared on Bookish.com

The Center for Photographic Art talks about women in photography. | Art, Theater & Culture

Self-publishing: DIY photography books are all the rage