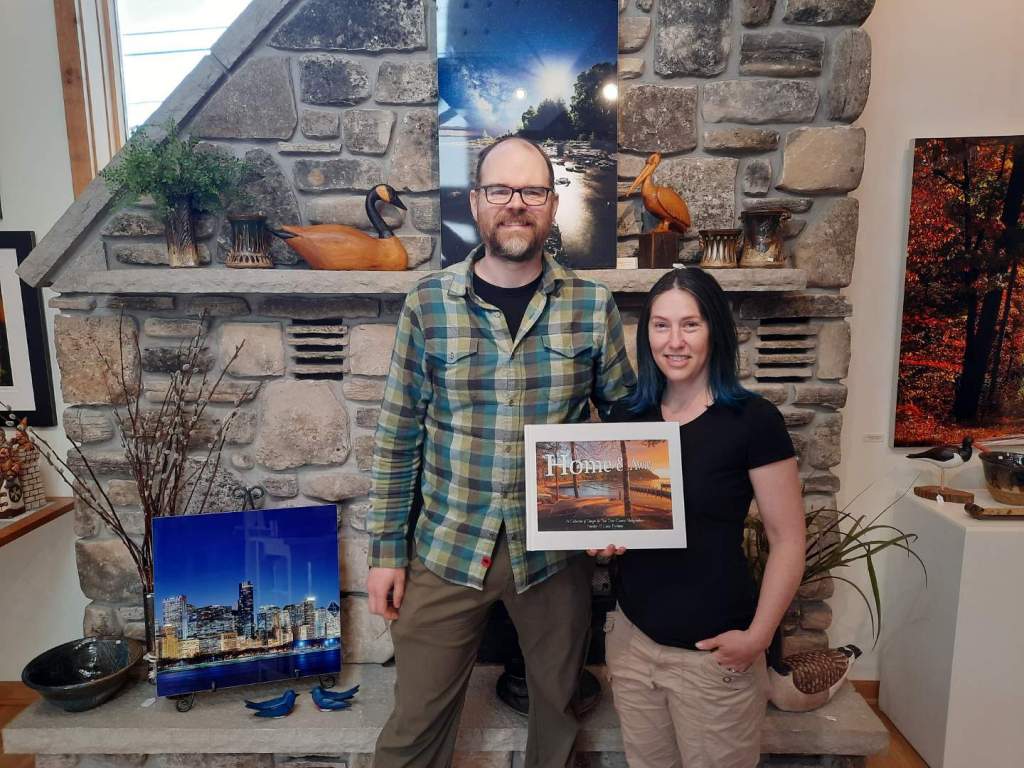 The artistic process can take several forms. There’s the act of creating art, and then, sometimes, there’s the act of turning that art into a book. This latter process is one that Sister Bay photographers Heather and Lucas Frykman recently concluded with their new book, Home and Away: A Portfolio of Two Door County Photographer Images.

This is the Frykmans’ second book: a 168-page hardcover collection that features imagery from Door County and other favorite travel spots.

“Our title is At home and away because these are images that we took in Door County and on our travels,” said Heather Frykman, adding that the comments were interesting. “People look at it and say, ‘Oh, no, it’s not just Door County. We could have made a 120-page book that fair Door County.

Equally interesting was going through the process of creating books. Unlike their first book, which was published by Peninsula Publishing, the Frykmans published this one on their own.

“The process took several months,” Frykman said. “You don’t just whip together. The most interesting part was putting all the pictures together and arranging them in a nice way – that’s the artistic part of it.

When it came time to find a printer for their new book, they chose Shapco Printing, based in Golden Valley, Minnesota. The company has printed books on Richard Avedon and Picasso for Larry Gagosian, one of the world’s leading figures in contemporary art.

“It’s amazing to have something printed here in the States,” Frykman said. “We could go there for press checks.”

But that’s not to say the process hasn’t been without challenges and a healthy learning curve. Deciding how many copies to print, for example, can be a gamble – and expensive too.

A high-end 10-by-10-inch photo book with 150 pages will cost $10,000 to $20,000 to produce, and the minimum print run for offset printing is 500 copies, he said. Greer works with photographers who sell directly and use the internet and social media for promotion.

Greer also advises fellow photographers on paper selection. He advised Collins to use a nice matte paper, which he did, along with a fifth color pass which adds a spot gloss to the image.

“If you don’t notice shine, you really need to print on glossy paper, which gives a different feel,” Greer said.

The photobook as an art form is making a comeback, according to Greer. It becomes an attractive way for photographers to promote their work, but for Greer the book is the end product, not a form of promotion.

“I teach them to do the book,” he said. “My goal is to bring the photographer into the project. They do a lot of the work because that’s the only way for them to understand how the process works.