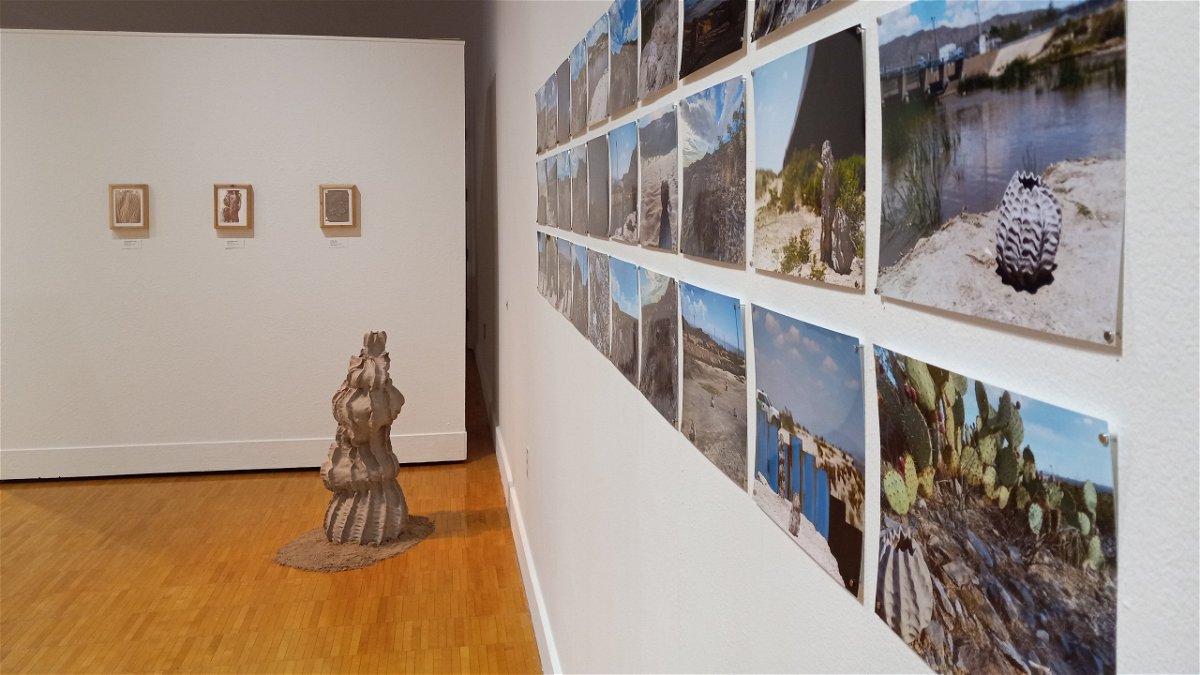 Mexican-inspired art installation opens on both sides of the border

The exhibition of the Mexican-inspired art installation is now open after being postponed due to violence in Juarez.

Her inspiration for this creative work is the Borderland and its people.

“Juarez and El Paso are sister cities and for me it was kind of the perfect way to commemorate that brotherhood and honor that unity of those places and honor the people of El Paso and Juárez,” Garcia said.

The art installation, titled ‘La Línea Imaginaria’ or ‘The Imaginary Line’, consists of sculptural cacti shapes made from the Chihuahuan Desert created with raw terracotta clay to honor the border and path between Juarez and El Paso.

“My home has always been part of what inspires me, as well as history, my cultural heritage, my family, the experiences we have had together. It’s all part of my job,” Garcia said.

The exhibition includes drawings, photographs and videos as well as sculptures.

García also collaborated with photographer Alejandro Bringas, documenting the carvings at various locations in the desert landscape, such as the Samalayuca Desert and near the border wall.