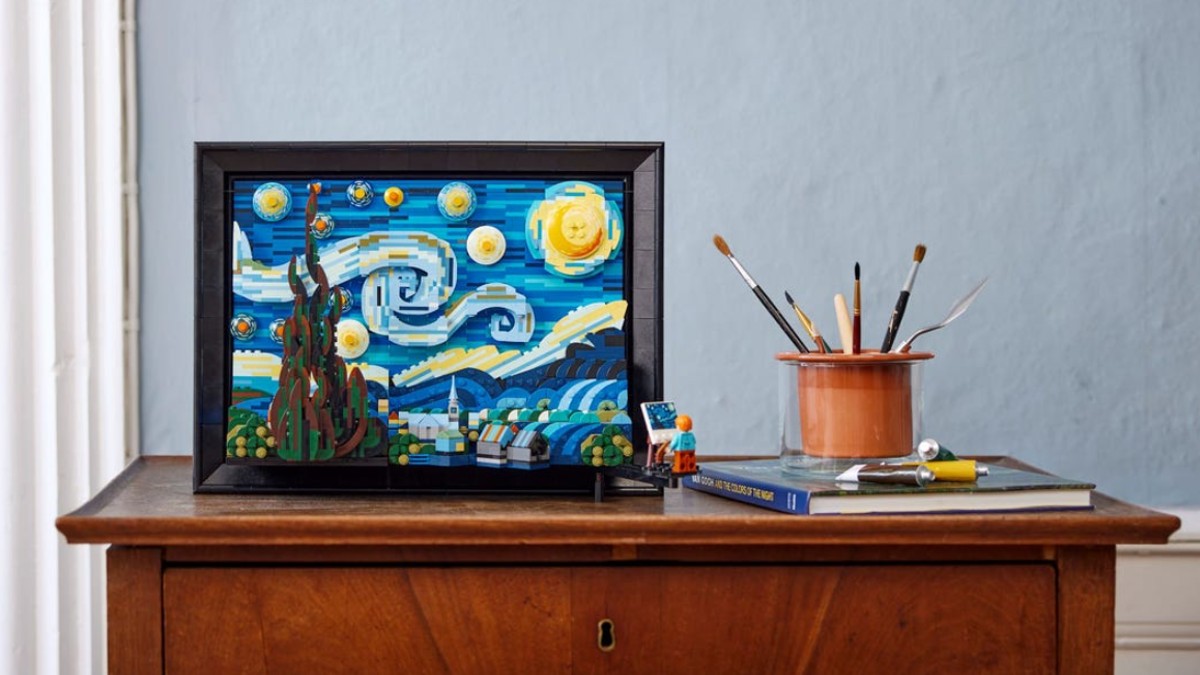 The latest LEGO Ideas set is now available for non-LEGO VIP buyers, drawing inspiration from one of the world’s most famous artists.

As you may have gathered from the title, 21333 Vincent Van Gogh – The Starry Night is a tribute to the famous 19th century painting. It was created by Dutch artist Vincent Van Gogh and is widely regarded as the greatest work he ever produced.

The LEGO version is a loving recreation of the original (on display at the Museum of Modern Art in New York, which assisted the LEGO Group during the design process for this set). It recreates the rich blues and yellows of the night sky from the painting, with exclusive printed elements used to represent the celestial bodies in the image. The landscape in the image is also preserved, with its hills and large tree providing added depth.

Another point of interest for LEGO fans is a Vincent Van Gogh minifigure. This refers to his self-portrait, with the color palette and brushstrokes of that painting both depicted here. If you want to expand your collection of real people in LEGO form (or just recreate that episode of Doctor Who), this set might be for you.

LEGO Vincent can be attached to the board, and the whole thing can even be hung on the wall as a more conventional picture. It sells for £149.99 / $169.99 / €169.99, which (although expensive) is probably cheaper than the real thing will ever be. If you want to add a touch of culture to your LEGO collection, head over to LEGO.com to pick it up.

Support the work that Brick Fanatics done by purchasing your LEGO using our affiliate links.