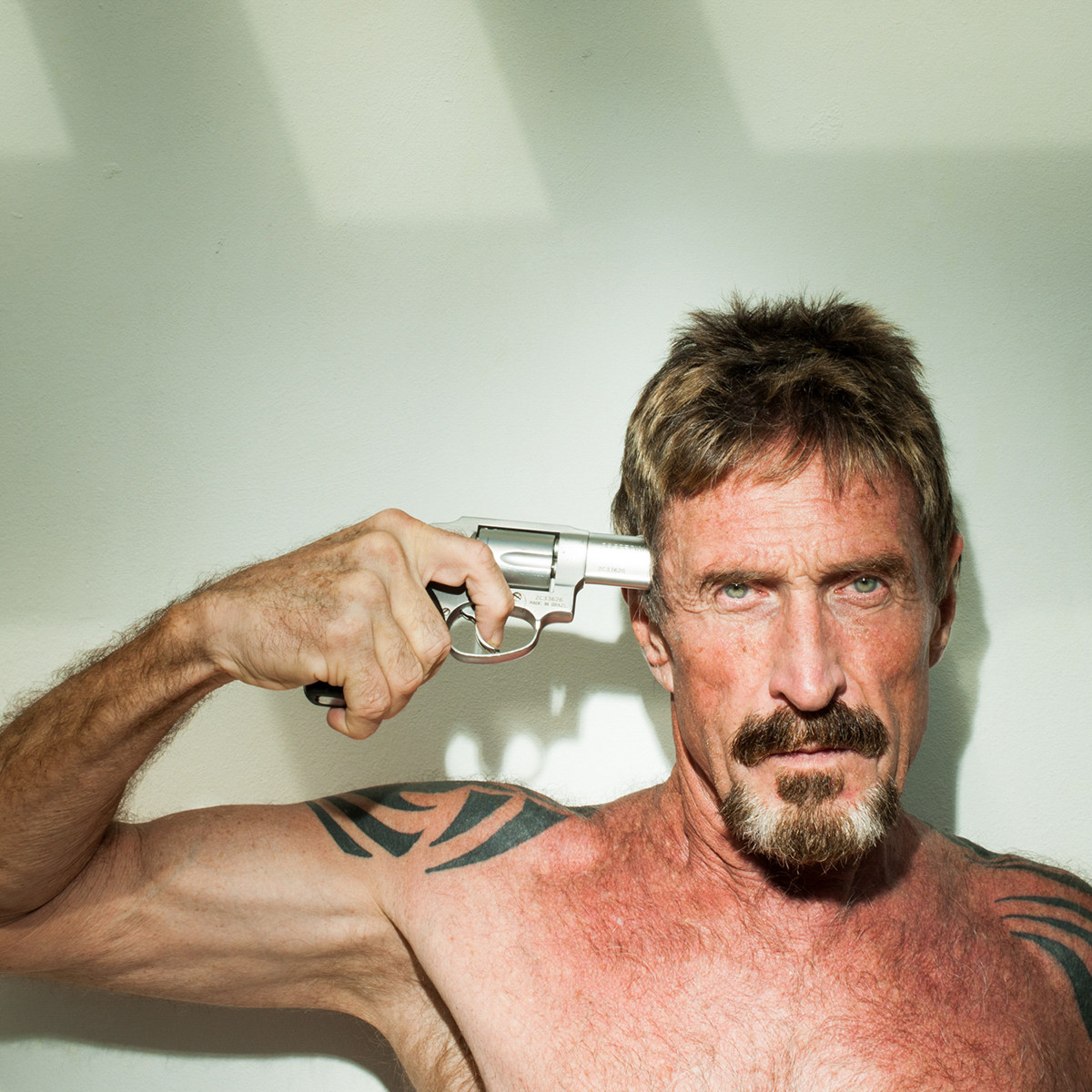 Spanning over two decades of sharp, high-contrast color photography that straddles the worlds of documentary, editorial and fine art, KHFA’s gathering of some 100 images is the first major exhibition by the London-based artist. Brooklyn to Dallas.

Finke mixes visual stimuli, bouncing us between genres, eras and moods. Blending raw naturalism and hyper-reality, his sinister and transgressive imagery sends up all the red flags. You’ll do a double take, unsure of the narrative you just saw. Finke’s understanding of fetishism, masked emotions, and blocked dreams is so compelling that you can’t help but feel like you’re part of things you weren’t meant to see.

Finke has a particular take on what makes America tick. His total immersion in boundary-pushing subjects reveals a range of human behaviors that capture the heart of contemporary life. At work there is a certain romanticism in its approach, with psychological subtleties of inner worlds. Finke’s portraits and stories are rooted in the humanistic photojournalism of W. Eugene Smith and a generation of photographers—Jim Goldberg, Larry Sultan, Larry Fink, among others—whose intensely personal images blurred the lines between elements documentaries and staged from the outside – the -ordinary and suburban life. It’s easy to be sucked into Finke’s world, as easy as being caught up in the American dream.

Witnessing an increasingly complex media culture, Finke is fearless in her exploration of identity. All of his images seem to thrive on mixed messages, intimacies and plenty of provocative iconoclastic attitudes. He goes all out. Despite the exhilarating, dizzying speed of each series, there’s an episodic beat to the beat: one narrative piling on top of the next. Again and again, the exchanges are humorous, uninhibited and revealing.

At times, Finke veers into a shaggy theatrical engagement with the sexy, disastrous effects of America’s protracted adolescence. Instead of making his subjects victims, however, Finke gives them agency and power in a chaotic world. Finke typically works in limited runs and spends long stretches with his subjects, stepping into their worlds so his visual narratives are subjective, yet retain the objectivity of an outsider.

“Many of the people I photograph are involved in activities, communities, hobbies or jobs,” says Finke. “Sometimes these roles have a sort of preassigned collective identity that I like to explore. When considering a cheerleader, for example, it’s hard not to see the predetermined social narratives and identities. I like to infiltrate these groups and capture those quiet moments in a flurry of activity. Sometimes these portraits are inner moments that might debunk a stereotype or just offer another perspective – a lonely cheerleader you want to hug; a placid moment despite an active jackhammer. But, again, because I’m documenting what’s in front of me, I’m also going to show you that over-the-top cheerleader or macho bodybuilder. A screenplay or portrayal of someone breaking the mold next to a straight out script or portrayal of the central cast.

Finke captures the lives of real people in images whose poise and passion transcend their everyday subject matter. Although Finke doesn’t intrude on his images, he sees the lens as more intimate than invasive, functioning as a sort of divining stick, aggressively seeking out a revealing moment. Significantly, Finke uses instant color to intensify the gesture, create atmosphere and captivate the viewer. He discovers the fascinating and thrilling in the banal through detail and close-up. Through scale, frontality, eye contact and body language, his images seem less on the wall than in the room with us.

A cheerleader wows with blonde hair falling below her ears, red lipstick, a blank stare and a cut-out uniform that exposes a tight, tan midriff. An 8′ x 8′ triptych, anchored by a portrait of John McAfee pointing a gun to his temple, brings us face to face with the erratic tech entrepreneur. He is flanked by a shirtless young man with a blood-soaked nose and a Senior Mrs. America, who raises her finger to a liquid-rimmed eye.

Finke spent two years roaming the skies, following flight attendants for Delta, Southwest, Hawaiian, Air France and even Hooters Air. He studies women on airplanes, but also in everyday life – at home, going to the store or picking up their children. All of Finke’s subjects form tribes, reaffirmed here by the distinctive flight attendant uniforms and choreographed mannerisms – part model, part soldier, part schoolgirl vibe. For the “U.S. Marshals” series, Finke became part of the patrol as they raided, riding in the back seat as the force struck houses or arrested prostitutes and human traffic violators. He physically approaches a U.S. Marshal, who looks like a teenage boy wielding a gun, and catches him in action.

In “Hip Hop Honeys,” Finke takes a close look at the often anonymous women dancing and posing in music videos. He spent three years hanging out behind the scenes of sets, traveling between New York, Las Vegas, Miami and Los Angeles to reveal the diversity of women, both empowered and belittled. Finke shows that they are more than just “set pieces”. Their compelling presence helps secure the status of male rappers like Busta Rhymes and Kanye West; they are also larger than life, bold, fierce, a burst of energy. For “Backyard Fights”, Finke connected with an underground fight club founded by ex-con Scarface in rural Virginia. Members relieve stress with punches, thus resolving disputes with fists rather than guns. Throughout, Finke pushes the boundaries of physical violence into a positive space and supportive community.

Finke grew up in the Houston area and her family currently resides near Fort Worth. During the pandemic, Finke and her two sons made several trips to visit her parents, sister and children. The “Texas” series, an exploration of the family in their home country, adds a more delicate cinematic approach to Finke’s highly eclectic oeuvre. His family gets together for barbecues in the backyard and water volleyball tournaments in the pool; the children are spread out in full sun or camouflaged by the penumbra. In many ways, these images serve as a kind of self-examination and self-healing. These are emotional memories – what the nerve and skin remembers and how they came about.

Finke invests his photographs with the enchantment of fantasy and the exotic, as well as the disturbing or the dangerous without renouncing the power of fact. We imagine ourselves in the lives of others, an existential daydream, but also adventure, romance and spirit. Everywhere, the visual allure surreptitiously interacts with the fundamental desires that govern our daily existence. Finke’s studied responses remind us that there is no higher or lower nature in human beings. It is all one.

by Brian Finke visual cultural commentary focuses on the authenticity and absurdity of everyday life and the range of human behavior. A stylized documentarian and photojournalist by training, Finke’s honesty and intimacy when capturing subjects strike at the heart of contemporary life, with a uniquely American point of context and graphic sensibility.

Often with a boundary-pushing subject matter, Finke challenges the viewer to confront what is often right in front of them, with an almost surreal understanding of immediacy, time and place. From street photography to commercial portraiture to fashion editorials, his immersion in wider culture creates images deeply connected to the political and emotional nuances of the modern world.

A graduate of the School of Visual Arts in New York, Finke received a BFA in photography in 1998. He is the author of several books, and his first monograph, 2, 4, 6, 8 (2003), was named l one of American Photo magazine’s best photography books. Earlier in his career, Finke was one of twelve artists nominated for the International Center of Photography’s annual Infinity Prize, and he won a prestigious fellowship from the New York Foundation for the Arts. Finke’s work is in nine museum collections in the United States and abroad, and he tours regularly for editorial clients like National Geographic, M magazine, and The New York Times as well as commercial clients including Delta Airlines. , Uber Eats and eBay. In addition to photographing his long-term personal projects, Brian is a visiting professor at the International Center of Photography in Manhattan and FotoFilmic in Vancouver.

How auto loan write-offs work and how to avoid repossession