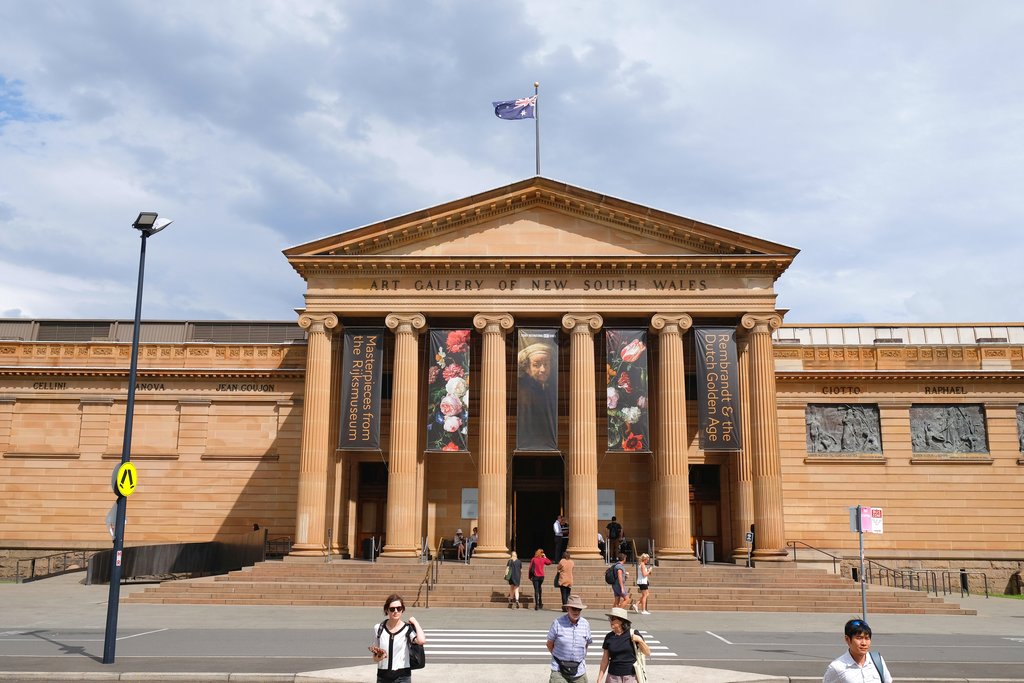 To get Morning Links delivered to your inbox every weekday, sign up for our Breakfast with ARTnews newsletter.

NEWS FROM BELOW. Artist Wendy Blancley pledged a bequest of more than 100 million Australian dollars ($69.7 million) at NSW Art Gallerythe Sydney Morning Herald reports. The donation, one of the largest in the museum’s history, will also include 2,000 works by her ex-husband, the late Brett Whiteley, going jointly to the museum and its eponymous foundation. Meanwhile, about two hours south of Sydney, an investigation determined that a major donor to the Wollongong Art Gallery, Bronius “Bob” Sredersas, has been a member of Nazi intelligence in Lithuania during World War II. Sredersas, who died in 1982, donated around 100 pieces to the museum, and officials plan to meet to discuss how to present these works and his story.

FULL IMMERSION. These digital exhibitions devoted to famous artists, in particular Vincent Van Gogh– do not leave. Claude Monet is another popular topic for them lately, Bloomberg Businessweek reports, and a lot of money is flowing into the field. A company that makes such shows, Fever labsjust lined up $227 million in a funding round led by Goldman Sachs. The budgets for these cases are helped by the fact that their subjects are usually long dead, meaning their work is in the public domain, a law professor noted. Speaking of image rights, a case to be tried in California would be the first to be tested whether copyright extends to tattoos. This is a tattoo of a photo of Miles Davis by Jeffrey B. Sedlikwho filed a complaint against the tattoo artist Kat Von D to ink his image. Von D maintains that his work is covered by fair use.

Merchant and collector from Milan and Naples Lia Rumma donated 70 works by 30 Italian artists, including big names in Arte Povera such as Marisa Merz, John Anselmoand Michelangelo Pistoletto— to the Italian State. The works will be permanently visible with the Museum and Real Bosco of Capodimonte in Napoli. [Artforum]

Kelly Corneille has a blow-by-blow account of the meteoric rise of the painter’s market Anne Weyantwho is now replaced by Gagosian. Intriguing information from Crow: “The artist has reached a confidential settlement agreement” with one of his former galleries, Blum & Poewho would have sent a painting of her at auction. [The Wall Street Journal]

Manifesto 14—the traveling European biennale—has released the list of artists for its 2022 edition, which will open next month in 25 venues in Pristina, Kosovo. 39% are of Kosovo origin, which represents the highest local attendance in the show’s history, according to the organizers. [ArtReview]

John Hamiltonwho for 70 years supported the Arkansas Center for the Artswhich she participated in the opening, died last week at the age of 96. “She always attended every event, every program, every conference and every reception,” said another supporter. [Northwest Arkansas Democrat-Gazette]

INDUSTRIAL LIVESTOCK. Paul Thompsonthe vice-chancellor of the royal college of art in London, submitted to the “Questionnaire” column of the FinancialTimeswho asked him to share “an animal you loved.” Thompson’s response: “Andy Warholit is Cow (1971). She’s so adorable and laughable, in her purple and orange screenprint. I knew it very well because it was part of the collection of the Cooper Hewitt museum, where I was director. [FT]

Rare books at auction this week