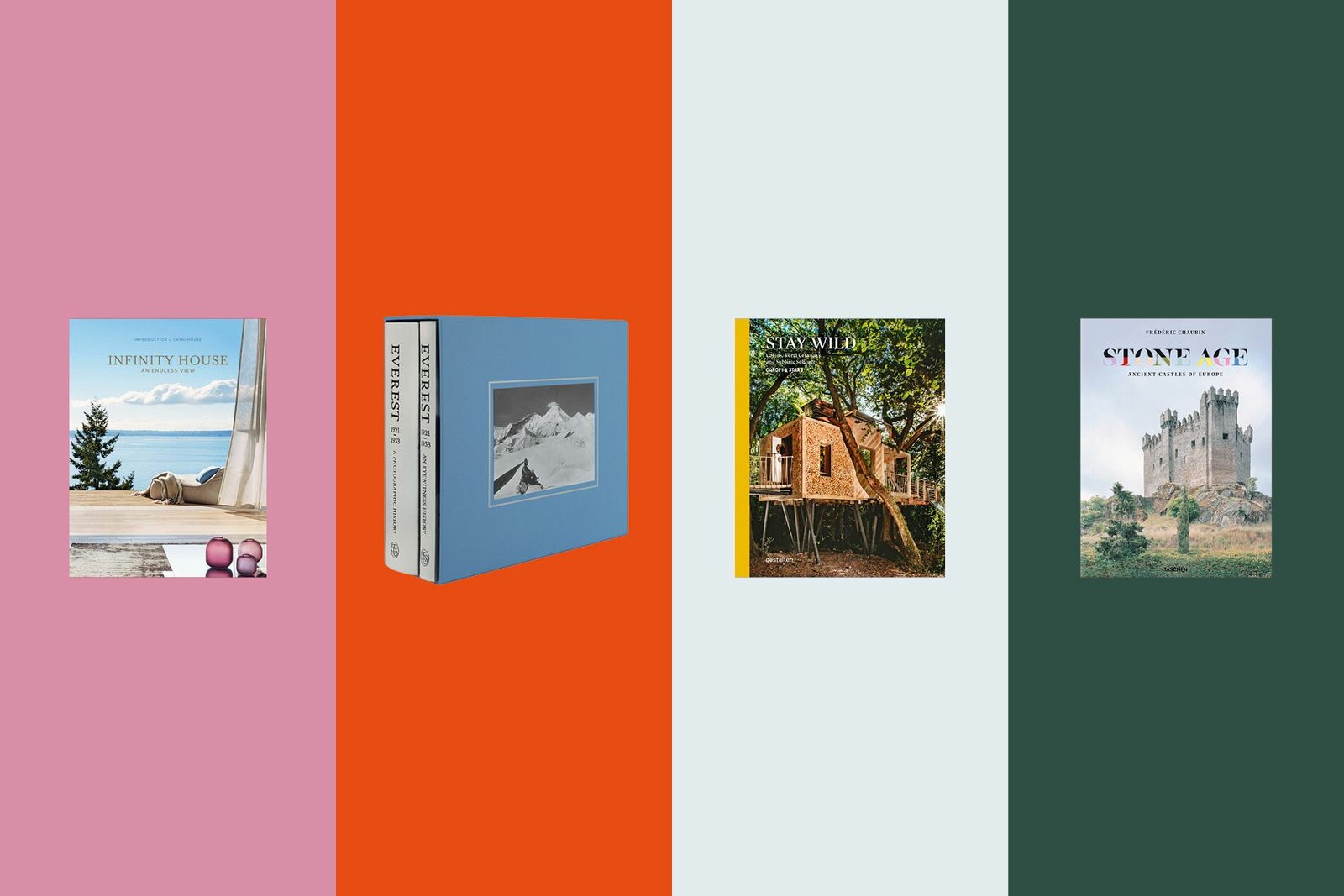 This year marks a century since the first British mountaineering team made a reconnaissance climb of Everest, one of five key expeditions that took place between 1921 and 1953 with the aim of tackling the summit of world. Carrying a wide range of photographic equipment including Vest Pocket Kodak cameras and panoramic cameras, these climbs brought back the most breathtaking mountain photographs ever seen. Not only did the 1921 Reconnaissance Expedition develop significantly on the first recorded images of Everest and the Tibetan people, it also paved the way for future ascents of our planet’s highest peak.

These revolutionary images are now united in a striking new tome. Everest brings together 268 images of frozen gorges, glaciers, icefields and pinnacles, vividly illustrating the history of these and subsequent expeditions, commissioned exclusively for the Folio Society, including treasured archive photos of the Royal Geographic Society (RGS). Among the breathtaking scenery are close-ups of pioneer climbs made by Mallory, Irvine, Hillary and Tenzing, including the tragic 1924 expedition that claimed the lives of Mallory and Irvine. Hillary and Tenzing’s official triumphant rise in 1953 is also documented, with captions and commentary from award-winning mountaineering writer Peter Gillman.

While Tenzing Norgay’s photo of Edmund Hillary at the top of Everest is one of the most famous current affairs photographs of the 20th century, other scenes, many of which have been given new life through digital scans extracted from the fragile silver of the RGS- nitrate negative archives, rekindle the realities of expeditions captured a century ago at altitudes of around 23,000 feet.

Accompaniement A photographic story, the second volume of this two-part edition, bound in canvas, a Eyewitness story brings together the first-person accounts of those who made the climbs. The articles, dispatches, memoirs, official reports and private letters are presented by anthropologist, photographer and former National Geographic explorer in residence, Wade Davis, with a preface by journalist and historian Jan Morris, the last surviving member of the expedition of 1953, who submitted his writing to the Folio Society before his death in 2020.

Everest: From Reconnaissance to Summit, 1921 to 1953 is compiled and edited by Peter Gillman, with a preface by Jan Morris, presented by Wade Davis and published by The Folio Society, RRP: £ 199.

Expect some serious living room cravings in this brilliant showcase of beautiful mansions across the world, from Italy to the Bahamas. Besides color photos, there are also profiles of leading architects and designers, who share their views on the challenges of building such houses in unspoiled places. The Image Editing Group, RRP: £ 35

2. The Stone Age: the ancient castles of Europe

After his portfolio on Soviet architecture, photographer Frédéric Chaubin turned his lens towards the castles of Europe in this evocative new volume. It spanned five years and is a moving collection showcasing over 200 of the continent’s ancient fortresses and all of their simple and enduring geometry that has shaped much of Europe’s rich architectural heritage. Taschen, list price: £ 50

Arrived just in time for summer, this new book taps into a new appreciation for the outdoors: a gloriously green walk through Canopy & Stars’ most spectacular rural getaways, from tents to tree houses. At the heart of the book is the joy of nature, with tips on how and why we should embrace our wild side. It also includes contributions from Emily Eavis, co-organizer of the Glastonbury Festival, and other lovers of the great outdoors. Gestalten and Canopy & Stars, RRP: £ 3

Photobook Collective is a perfect place if you love photography books

The best art and photography books to buy this summer

5 of the best non-photographic books that shaped my career