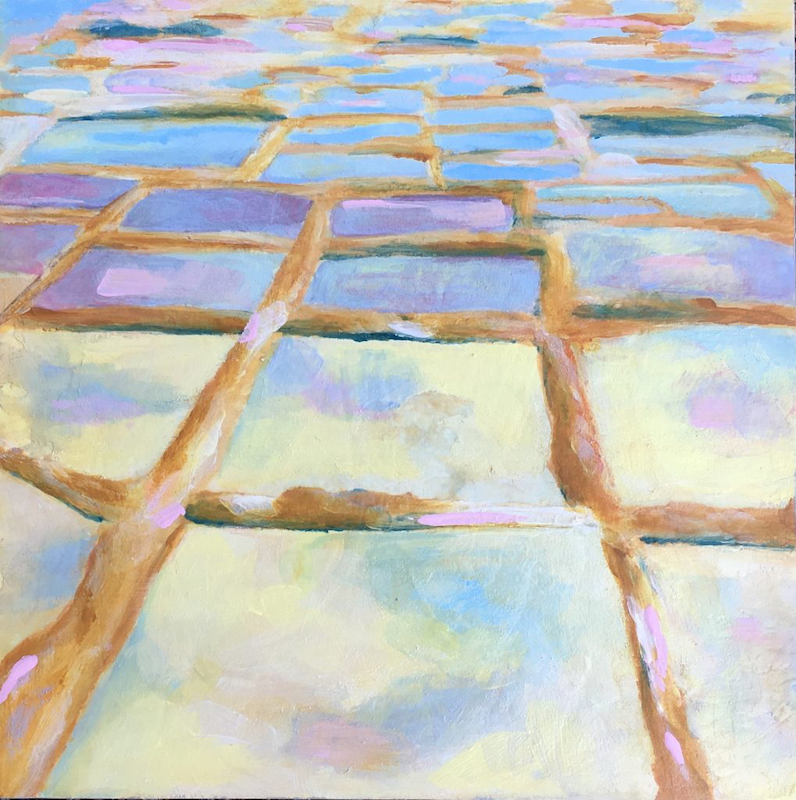 This Friday, head to Mara Art Studio and Gallery to discover Emerge – Translation from Sight to Surface, the latest exhibition by local artist Brigitta Wagner Sultana. Emerge marks the first gallery opening for Sultana in over a decade. Since her last exhibition, she reconciles her artistic work with being a full-time mother of two children. “I followed painting throughout my college career and printmaking. I never stopped painting after I graduated from college. I always did it as an outlet, a creative outlet, other than this what I was doing in graphic design,” Sultana explains. “I haven’t really shown since 2010, because I had another baby, then I took a break, but I always created. artist, you never stop.

Emerge will present a new direction in Sultana’s painting – landscapes. The screening will be based on two distinct series, Salt Flats and Stones. Where his painting before this series was more transitional, his focus on the geometric aesthetics of these landscapes proved fruitful for his work. “I just created what I wanted at the time, there was no specific subject. Now I feel like I have a specific topic I’m working on and a way to do it – but it took me a long time to figure it out,” Sultana says.

Appropriately, the Salt Flats and Stones series are inspired by time spent on vacation with family. The Salt Flats series is based on photographs Sultana took of the salt flats along the coastline of the island nation of Malta, where her husband is from. Sultana, who mixes her own acrylic-based paints, depicts the rectangular landscapes in different colors and formats, some paintings feature harsh lines and bold colors, while others are more ethereal in style.

The same can be said for her Stones series, which is inspired by photographs she took of her children as they built a stone wall on a sandy beach. Like the Salt Flats series, Stones’ paintings are based on Sultana’s initial photograph – during her creative process she decides whether or not to transfer the image directly to canvas or paint from memory. However she gets there, Sultana has taken off with the opening of her latest gallery.