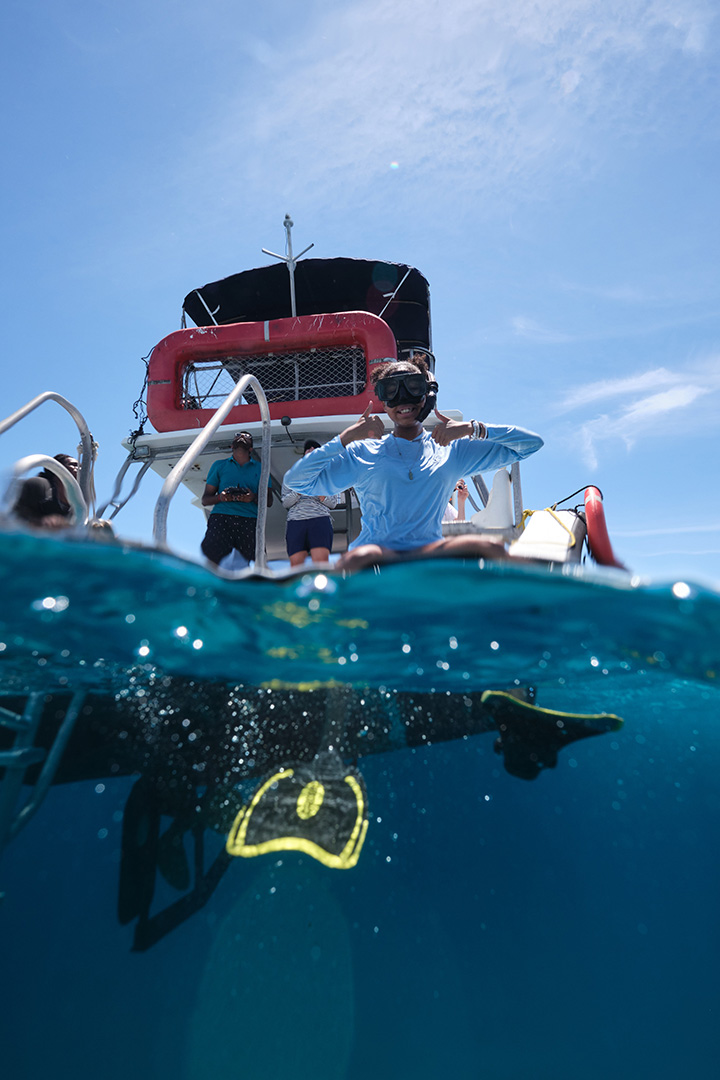 MARINE Innovation and the Next Generation Collaborative Summer Institute offered “a new opportunity for ocean technology education for Bermudian students.”

A spokesperson said, “A new collaboration between BIOS, Arizona State University’s [ASU] Center for Global Discovery and Conservation Science and National Deep Submergence Facility [NDSF] at the Woods Hole Oceanographic Institute [WHOI] has resulted in an exciting learning opportunity for Bermudian students this summer. The week-long “Innovations for the Environment” experiential training course was offered July 4-8 through BIOS’ Mid-Atlantic Robotics IN Education program. [MARINE] program, which is part of the Institute’s Ocean Academy.

“With the support of main sponsor RenaissanceRe, ten students aged 14-16 participated for free provided they received a nomination from a local educator, mentor or teacher outside of the classroom. formal class.

“The general objective of the workshop was to highlight the different types of technologies [aerial, tethered, and autonomous] which are used to understand data collected from the ocean, with a focus on coral reef mapping projects. Leveraging the expertise of engineers and scientists from ASU, BIOS, and OMSI, “Innovations” provided students with hands-on experience in building, deploying, and programming various technologies, including aerial and underwater drones, autonomous boats and underwater vehicles. [AUVs]and remote-controlled vehicles [ROVs].

“This training has enabled Ocean Academy to leverage several collaborations to highlight the connection between research areas, such as marine robotics, marine science, ocean engineering and oceanography,” said Kaitlin Noyes. , Director of Education and Community Engagement at BIOS. 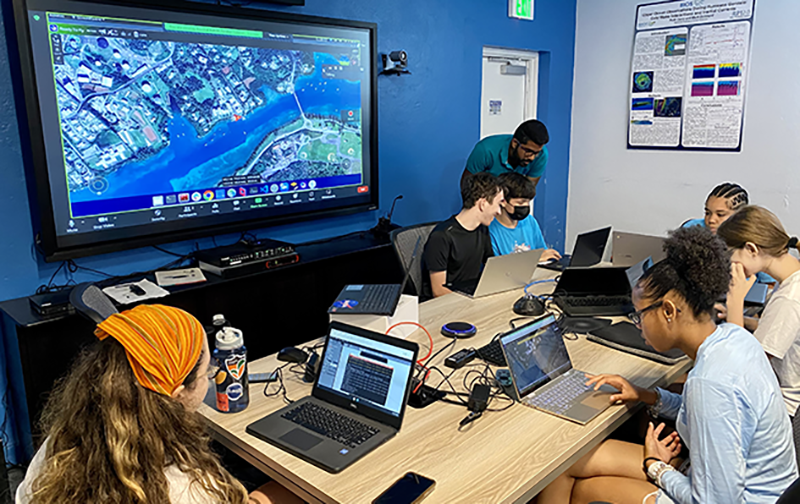 “Staggers is also a 2022 BIOS grantee who is spending six weeks at the BIOS in June and July to test the suitability of the DREAM Lab’s two autonomous vehicle prototypes for mapping and monitoring coral reef communities. These two vehicles, a robotic boat [the RoboBoat] and an underwater drone [the UDrone]were among the technologies highlighted in the “Innovations” course.

Rounding out the list of instructors, Ruth Curry, manager of the Mid-Atlantic Glider Initiative and Collaboration [MAGIC] Laboratory, BIOS Underwater Glider Program; and Sean Kelley, program manager at NDSF for the AUV Sentry. NDSF is sponsored by the U.S. National Science Foundation, the Office of Naval Research, and the National Oceanographic and Atmospheric Administration to operate, maintain, and coordinate the use of three vehicles used to explore the deep ocean, including Alvin, the first submersible American research. . 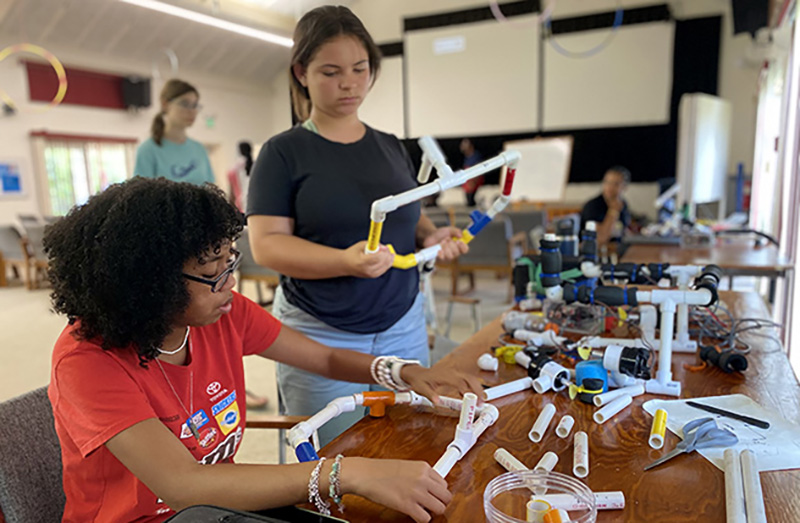 “The majority of the Innovations course was hands-on, in the classroom and in the field, both over and under the ocean. The field component gave students the opportunity to pilot emerging technologies, such as the RoboBoat, and to see commercially available technologies, including one of the MAGIC gliders, deployed for real oceanographic applications.

“There were also robotics coding, building, designing and piloting challenges throughout the week where students worked collaboratively in small teams to apply their newly learned mechanical and electrical engineering skills.

“The ROV design challenge was a highlight for 14-year-old Anne-Camille Haziza, a rising 11th grader at Bermuda High School. Haziza has built ROVs at NASA’s Johnson Space Center [U.S.] during a workshop in 2019 and was able to use this prior experience to help his team during the challenge. Thinking back to her week in the Innovations course. »

She said: “I was able to strengthen my teamwork skills while getting hands-on experience solving problems that modern scientists face. I also learned the importance of patience and positive communication. This course gave me a new perspective on robotics. 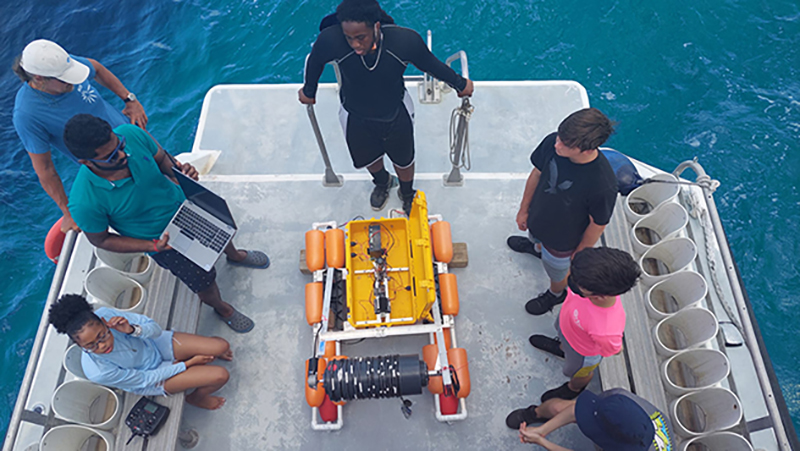 The spokesperson said: “Nadia and Sage DeSousa, both 14 and up S2 [U.S. grade 10] students from Cedarbridge Academy, attended the course together. While Nadia enjoyed the practical aspects, like learning to weld and fly a drone, it was computer coding that sparked her sister’s real interest.

Sage DeSousa said, “My favorite part of camp was definitely coding in Gazebo. Gazebo is a program that lets you simulate objects or machines in environments that would typically cost thousands of dollars to experiment with, but the best part about it is that it’s free and really easy to use.

The spokesperson said, “Innovations provided Das and his team with the opportunity to test prototypes from the DREAMS lab in preparation for a US National Science Foundation. [NSF] call for proposals in early 2023. Prototypes are designed to work in tandem to study coral reef community distribution and ecosystem dynamics.

“The RoboBoat’s sensors collect data on environmental parameters, such as water temperature and conductivity, while a GoPro camera takes pictures of the seabed and sonar uses sound waves to measure depth. Meanwhile, the Udrone tracks the underwater terrain to provide seafloor contours.When combined, the data from the two prototypes forms a 3D map of the reef environment through a process called structure from movement. 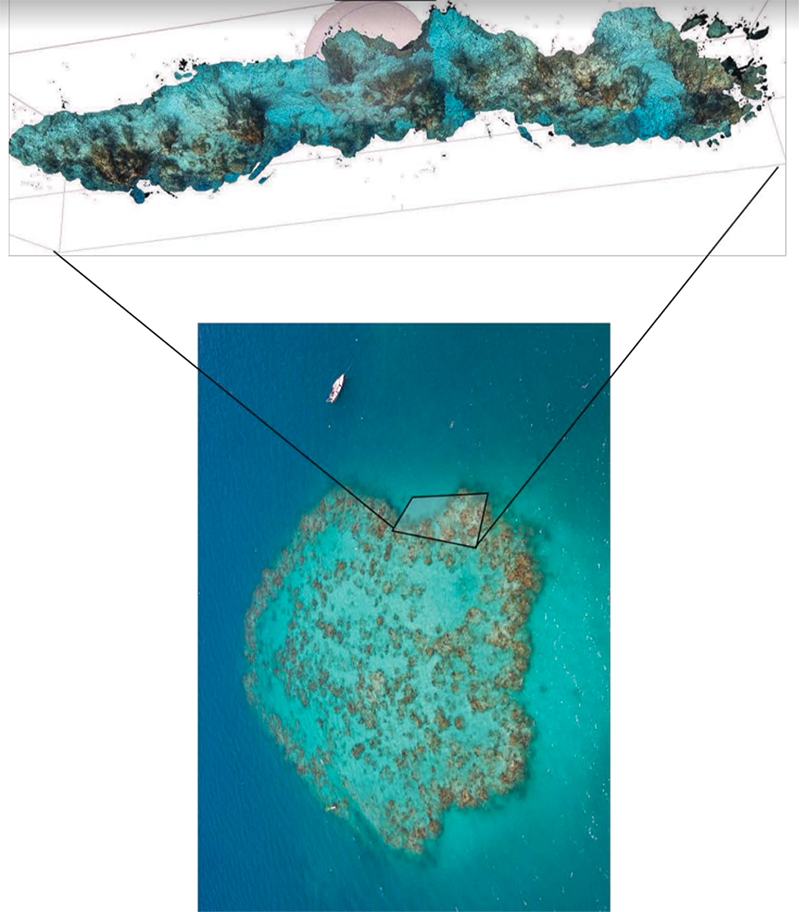 “The use of robotics and artificial intelligence is essential to better understand the environment, and this workshop presented a great opportunity to inspire young minds as they begin their journeys. It was also an opportunity to test our robotic environmental monitoring systems in the ocean while involving students in improving their design.

“During the course, DREAMS Lab member Saravanakumaran was primarily responsible for leading the aerial drone parts, introducing students to the basics of quadcopters – four-rotor helicopters – and teaching them how to fly the size of drones. ‘a palm. Along with Das, he helped lead “robot simulation sessions” for the aerial drone and RoboBoat in an NSF-funded web-based virtual environment. These sessions served as a training ground for the students before they pilot the prototypes in the field.

Saravanakumaran said, “The whole workshop was a memorable experience for me since it was my first time teaching students of this age. I was really amazed at the amount of knowledge they had, and running our robots and watching them explore gave me new ideas, which I will use to upgrade our projects back in the lab. 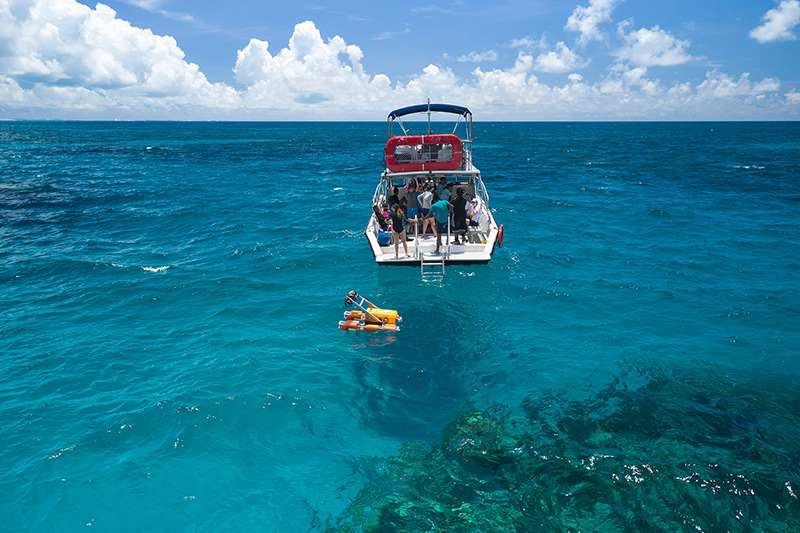 The spokesperson said, “Along with Noyes, Staggers Jr. helped facilitate the Innovations course. He also led a series of activities designed to introduce students to the DREAMS Lab prototypes, with a focus on teaching them how to deploy and use RoboBoat, as well as creating a mission plan for map a small section of Bermuda’s coral reef.

“On the final day, the students copied the RoboBoat’s mission and mapped the same area by swimming back and forth over the reef on flotation devices equipped with GoPro cameras. In the near future, Staggers, Jr. plans to compare his map with the RoboBoat version to show the effectiveness of automated data collection.

Staggers, Jr. said, “Seeing students excited about the technology we let them operate, as well as curious about our methods, showed that we had truly made an impact.

“On the last day of the course, one of the students told me he was glad I came to BIOS. The feeling that something you said or did potentially inspired someone else to follow your footsteps is just an indescribable feeling.

The spokesperson said: “Kelley, an applied ocean engineer, had been scrolling through Instagram when he came across a BIOS advertisement for Innovations, prompting him to contact Noyes to see if the course could benefit from his expertise. Using spare parts from Sentry, he conducted a mini-workshop on testing and troubleshooting circuit boards, which is how engineers typically coordinate and trigger sonar on a schedule in vehicles in high sea.

Kelley said, “The ASU team was great and worked really hard to get their robotics working. I thought it was great to see this in action, to see the kids engage in these projects, and to get a sense of the challenges while working with marine robotics. »

The spokesperson said, “Das contributed to the course with talks and virtual demonstrations from ASU in Tempe, Arizona. And while he received regular updates from Saravanakumaran and Staggers, Jr., he didn’t realize the full impact of their efforts until he started processing the photos taken by RoboBoat, as well. than the students’ GoPro cameras on the last day.

Das said: “I started seeing the coral reef in 3D, reconstructed from underwater images. It added a whole new meaning to my experience, and it felt like we had come full circle in exploring and understanding planet Earth.

Noyes said: “We are very proud of what we have been able to achieve in this training by having teenagers working directly alongside engineers. We hope to continue to co-design and innovate these types of hands-on learning opportunities for these talented teens and others in the future.