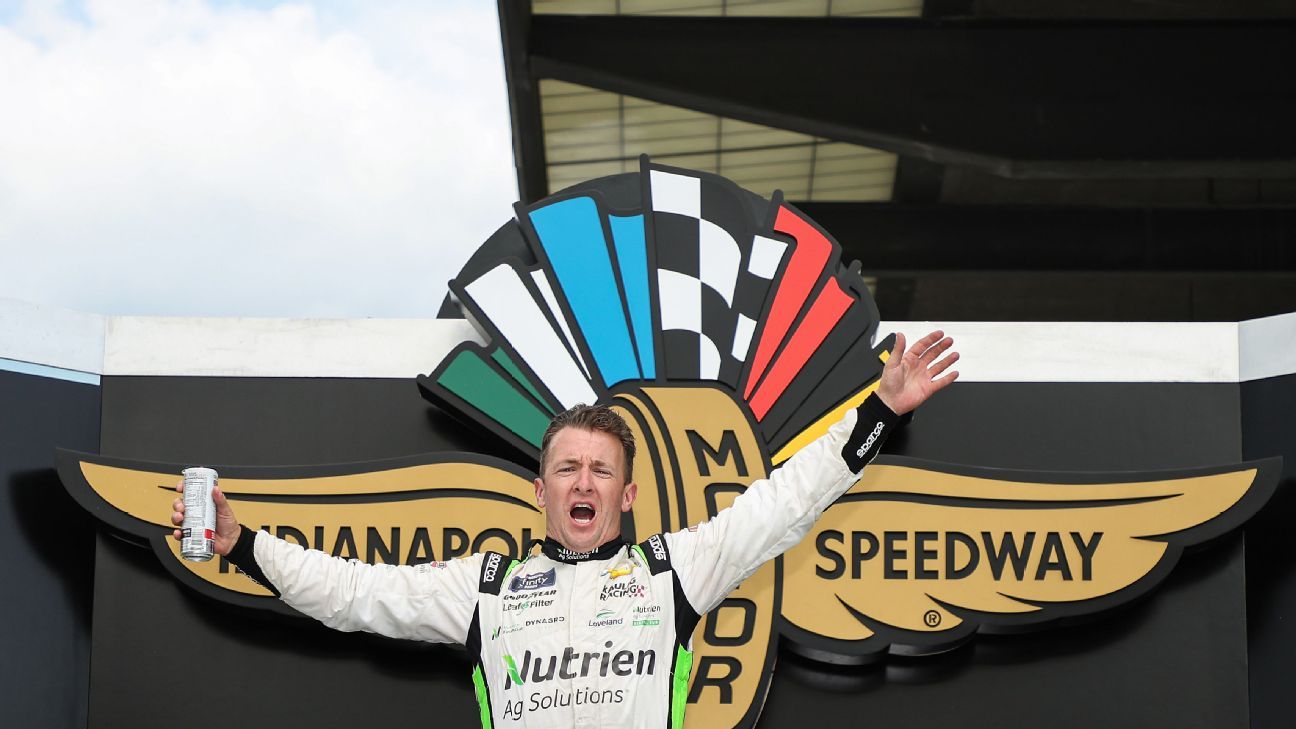 INDIANAPOLIS — AJ Allmendinger continued his NASCAR road racing dominance and set himself up for a sweep at Indianapolis Motor Speedway with a victory Saturday in the Xfinity Series.

Allmendinger has won six of the last 11 road races – nine in his NASCAR career – and his latest victory is his third of the Xfinity season.

All three victories are on road courses this year, as Allmendinger has previously won the Circuit of the Americas in Texas and Portland, Oregon, and now the famed Brickyard.

Allmendinger is the defending Cup race winner and Sunday will go for the sweep.

Allmendinger doused his crew with beer then took a knee on the Yard of Bricks for the celebratory kiss.

“I love it!” Allmendinger shouted into the NBC Sports live camera.

Allmendinger led 43 of 62 laps and beat Alex Bowman by 2.084 seconds. Bowman thanked his Hendrick Motorsports team for allowing him to race on Saturday to prepare for Sunday.

“We obviously struggled a lot today in the Cup car, maybe I learned something that will play out tomorrow on the circuit,” said Bowman, who qualified 28th for the race. the cup.

Justin Allgaier finished third as Chevrolet swept the podium, then added one more with a fourth-place finish for Ross Chastain.

Chase Briscoe and Riley Herbst finished fifth and sixth at Ford, and Ty Gibbs was the top-ranked Toyota driver in eighth.

Allmendinger, Bowman, Chastain, Briscoe and Gibbs are all entered in Sunday’s Cup race; Gibbs replaces Kurt Busch, who is suffering from concussion-like symptoms, for a second consecutive week.

Here are 9 fun and unique date ideas in downtown Buffalo

Greeley town center is buzzing with the 43rd Annual Art Picnic, the first 8th Street Art Fest and the return of the Community Fine Art Exhibition at the Tointon Gallery