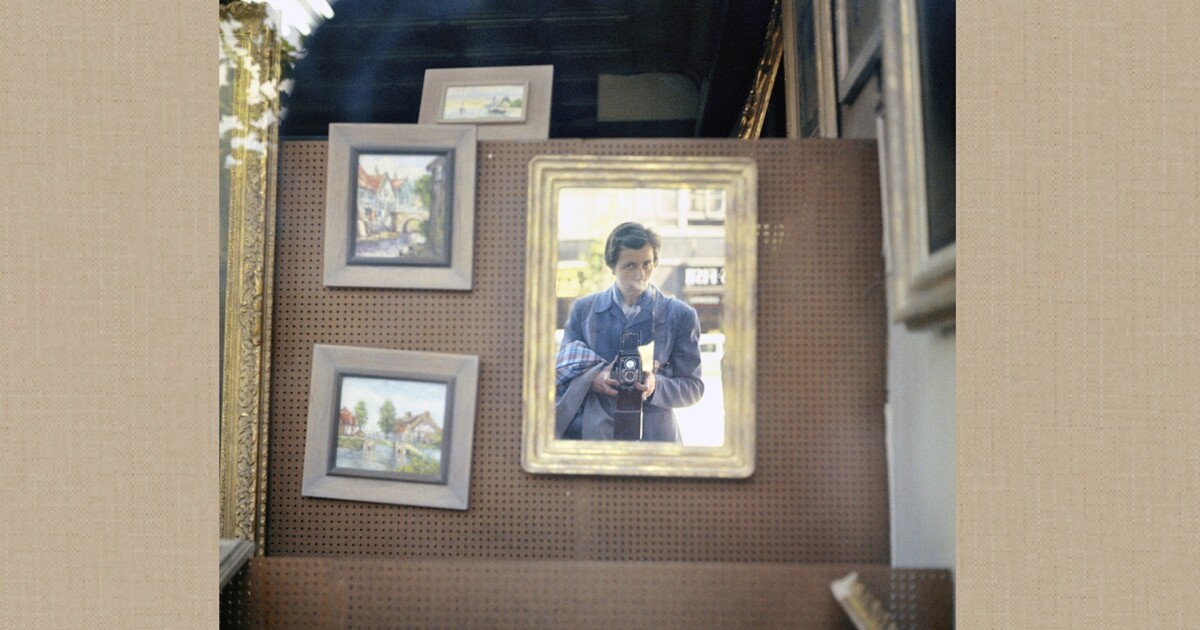 A series of daring and inventive end-of-year photography books

No tradition in photography is more anticipated than the end-of-year avalanche of books by old and new artists. And photography has offered us no greater mystery in recent years than the case of Vivian Maier.

Before her death in 2009, Maier worked primarily as a nanny in Chicago and New York City and spent her free time taking photos that she didn’t show to anyone. When his decades of photographs were finally discovered and shared posthumously in a sudden wave of books, gallery exhibitions, and websites, Maier and his story became a real sensation in photography circles. (A documentary, “Finding Vivian Maier,” is on the film festival circuit.) That her biography and artistic motivations remain largely unknown makes the most recent collection of her work, “Self-portraits” (PowerHouse: 120 pp., $ 50), an intriguing conundrum.

“Self-portraits” meets mystery head-on, bringing together the many photos Maier has taken of herself. They are a mixture of spontaneous and studied, as the photographer pointed her camera at mirrors and display cases, capturing her reflection in careful detail and composition. They are some of her most accomplished images and may be the most revealing artifacts she has left behind.

PHOTOS: Bold and inventive photos from this year’s photography books

Elinor Carucci’s work is concerned with the most intimate moments of life; Turning a lens on her family and herself, she is endlessly fascinated by relationships and the human body. His latest book, “Mother” (Prestel: 144 pp., $ 45), is a dreamlike but unromantic recording of her pregnancy and early motherhood, continuing a line of evocative childhood photographs that includes Sally Mann’s groundbreaking 1992 book “Immediate Family “.

Since giving birth to twins in 2004, Carucci has photographed the little human dramas of her son and daughter while exploring the deeply sensual physical bonds between a mother and her young children. The first images of “Mother” almost appear to have been shot in a womb, her children’s nudity as natural as puppies rolling in the grass.

One photograph bears the explicit title “Crossing the Street Alone for the First Time”, showing his son on the edge of the precipice and looking at his mother’s lens in concern. It’s a recognizable moment to any parent, just like the pages of tears and bodily fluids and hallway dust between siblings. Carucci collects these moments of need, joy and primitive conflict with depth and grace.

On more than 700 pages in “Almost everything” (Taschen: 720 pp., $ 69.99), photographers and life partners Inez van Lamsweerde and Vinoodh Matadin display 26 years of daring and inventive editorial and fashion work. It’s an almost encyclopedic gathering of the highlights of the Dutch couple’s careers, and it unfolds in Penn and Avedon’s lore like a surprising endless magazine. In one photo, a couple of naked women drink a glass of milk in a Parisian bar as a bald passer-by steals a surprised look into his mug of beer.

Inez and Vinoodh experiment with collage and Photoshop manipulation and cutouts, but they are most effective when working with the simple pleasures of black and white portraiture. Among these is a truly stunning image of Clint Eastwood barely visible through a cloud of smoke, his eyes ink black. Artist Cindy Sherman is captured halfway up, long hair flowing upward in unruly waves. Like their subjects, the images are playful and dramatic in subtle ways and more memorable for that.

Tyler Shields is a younger voice from the same fashionable corner of editorial photography as Inez and Vinoodh, leaping to the brink of mainstream decorum with politically incorrect and sexually suggestive, if not entirely explicit, imagery. In his “The dirty side of glamor” (It Books: 144 pp., $ 25), there are blood splatters and guns pointed at the camera (more Quentin Tarantino than William Klein) as well as young models in smeared lipstick or vomiting diamonds. In his celebrity portrayal, the Los Angeles-based photographer has a few A-listers but also a lot of characters (Danny Trejo, Gary Busey, Juno Temple) and an occasional â€œStar Warsâ€ stormtrooper.

In one photo, Shields reacts to a notorious 2011 incident involving nonviolent protesters at UC Davis by spraying a platinum model into the faces of riot cops sitting helpless on the floor. This image, like many others in the collection, is mostly irreverent but touches on something deeper.

There is no doubt about depth when it comes to Gregory Crewdson, one of the most respected fine art photographers of his generation, known for the elaborate human dramas of his large format images. The thick retrospective “Gregory Crewdson” (Rizzoli: 400 pp., $ 150) brings together the photographer’s three decades of work depicting the mystery and tragedy of an American suburb David Lynch would recognize.

Crewdson’s best-known images are carefully staged paintings of the human mind at the breaking point. Its scenes are as rich and spectacular as an epic painting from the Victorian era, performed by renowned actors like William H. Macy and Tilda Swinton. In one photo, Macy looks dejected and defeated in an incomprehensible nighttime gardening project in her garage, as rain pours down the neighborhood outside. In another, teenage students wearing backpacks and cheerleader skirts stand in silent contemplation around a steaming school bus that has overturned on a side street.

The results are equally surreal and believable, weird and tragic, and like the best photograph suggests an entire novel in one compelling picture.