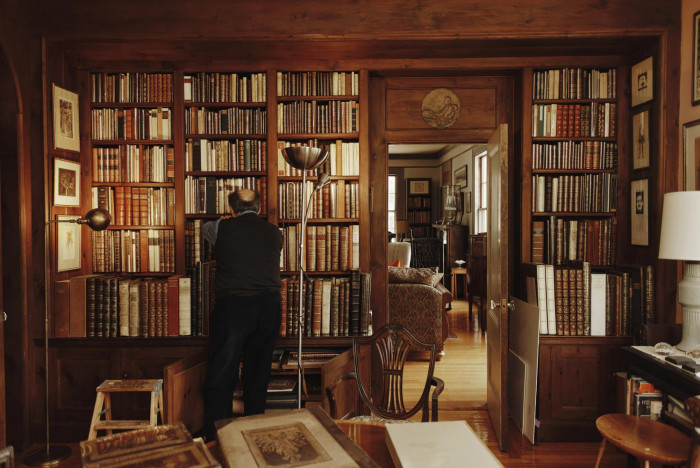 David Godine among the books at his home in Milton, Massachusetts. TONY LUONG/nyt

The last book to bear the imprint of David R Godine is, appropriately, by David Godine himself. It’s called Godine at Fifty: A Retrospective of Five Decades in the Life of an Independent Publisher, and it’s a safe bet that the people who run his business today (now called simply Godine) will not publish never again such a volume.

Published last December, the book is oversized and illustrated on every page. It is composed – in double columns with wide margins – in Minion, a face based on Renaissance designs that comes with all sorts of ornaments and swirling ampersands. The paper — a lush-looking, acid-free 80-pound paper — is a disappointment, says Godine. Would have liked it heavier and smoother but couldn’t get it due to supply issues during Covid. 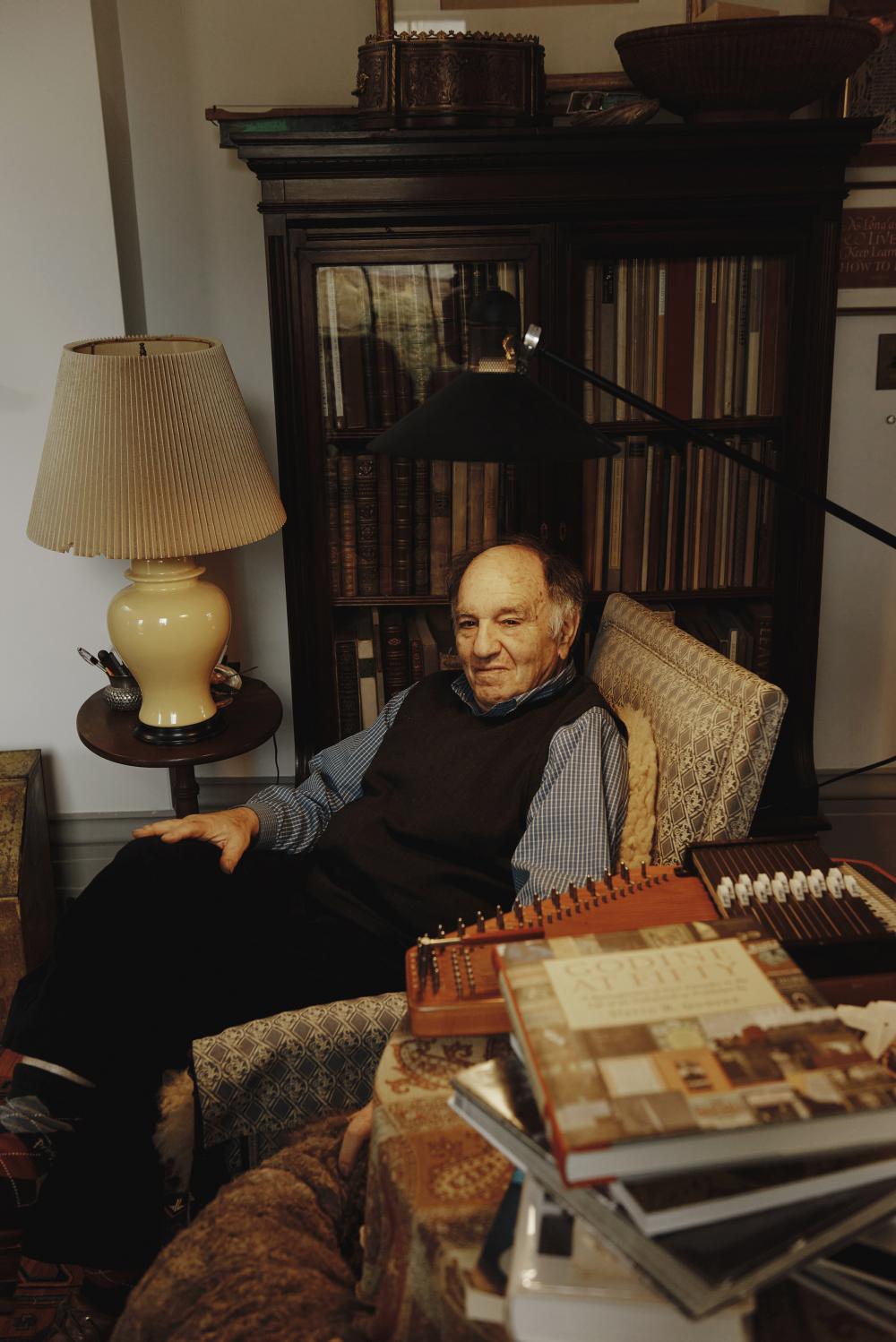 David Godine with a copy of ‘Godine at Fifty: A Retrospective of Five Decades in the Life of an Independent Publisher’, at his home in Milton, Massachusetts. photos: TONY LUONG/nyt

He would also have liked a full cloth binding. The cheapness of bindings these days is a very sensitive subject at Godine. On the other hand, Godine at fifty has headbands and footbands—those little strips of multicolored fabric often sewn into the spine of a book for both strength and appearance—and decorative endpapers. How could he ignore them?

This kind of attention to a book’s look and design, to its physical properties, was a hallmark of Godine’s publishing career, and anyone trying to maintain his standards today would go bankrupt. . Even Godine could not follow them. In 2015, he agreed to sell his business, in installments, to William Thorndike, a Boston investor. Godine knew he had made the right choice in 2017, when a book that was particularly dear to him, a two-volume collection of American choral music, failed to find a mainstream audience. “If we couldn’t make a book like American Harmony work in the market and examine the climate of the 21st century,” he wrote in Godine at fifty“there was clearly no more room for the type of publishing that I had championed for 45 years”.

In the format, Godine at fifty is an illustrated album or catalog of some 300 of his favorite books, the ones he is most proud of or has enjoyed publishing the most. The range is both extraordinarily eclectic, suggesting that the publisher had a kind of grasshopper spirit, and a bit old-fashioned. No diet books, no tutorials, no celebrity biographies. Lots of books on printing and typography, as well as novels and poetry, photography books and art books, books on sailing, gardening, cooking, music and architecture.

Godine at fifty amounts to a kind of autobiography, the story of a bookmaker’s life, and also an elegy for a kind of publishing – which dates back to the days when books were signed by companies that were not part of huge conglomerates, still printed with hot metal and sold almost exclusively in physical stores, this is no longer possible.

“Did I overemphasize the look of the books?” Godine said last month while spreading books on his dining room table. ” May be. The text is what really matters – I know that. And that means the author matters.

Godine, 77, lives in Milton, Mass., in a 19th-century home he shares with his wife, book designer Sara Eisenman, two dogs – a labradoodle and Lhasa apso mix – and hundreds and hundreds of rare books. . Its library is so big that it has sub-libraries. There are the incunabula – very old books, printed before 1500 – and, in a class of their own, the Kelmscott Chaucer, after the Gutenberg Bible, probably the most famous book-printing feat of all time. There is also the German Printing Collection and collections of books by famous printers like DB Updike, Bruce Rogers, William Pickering and Fred Anthoensen.

Godine, who speaks quickly, with traces of a Bostonian accent, can get carried away when it comes to books, and speaks of printers as one speaks of movie stars. He also likes to mention typefaces – Bembo, Baskerville, Garamond, Caslon and Janson come up often – and the names of fine newspapers: Amalfi, Fabriano, Nideggen.

“It’s an obsession,” he said, and explained that it started when he was in college, in Dartmouth in the 1960s, and took a class with a teacher named Ray Nash, who taught graphic arts and the history of printing. It was also when he fell in love with letterpress – the old-fashioned art of pressing paper so firmly onto inked metallic type that the letters leave little bumps. 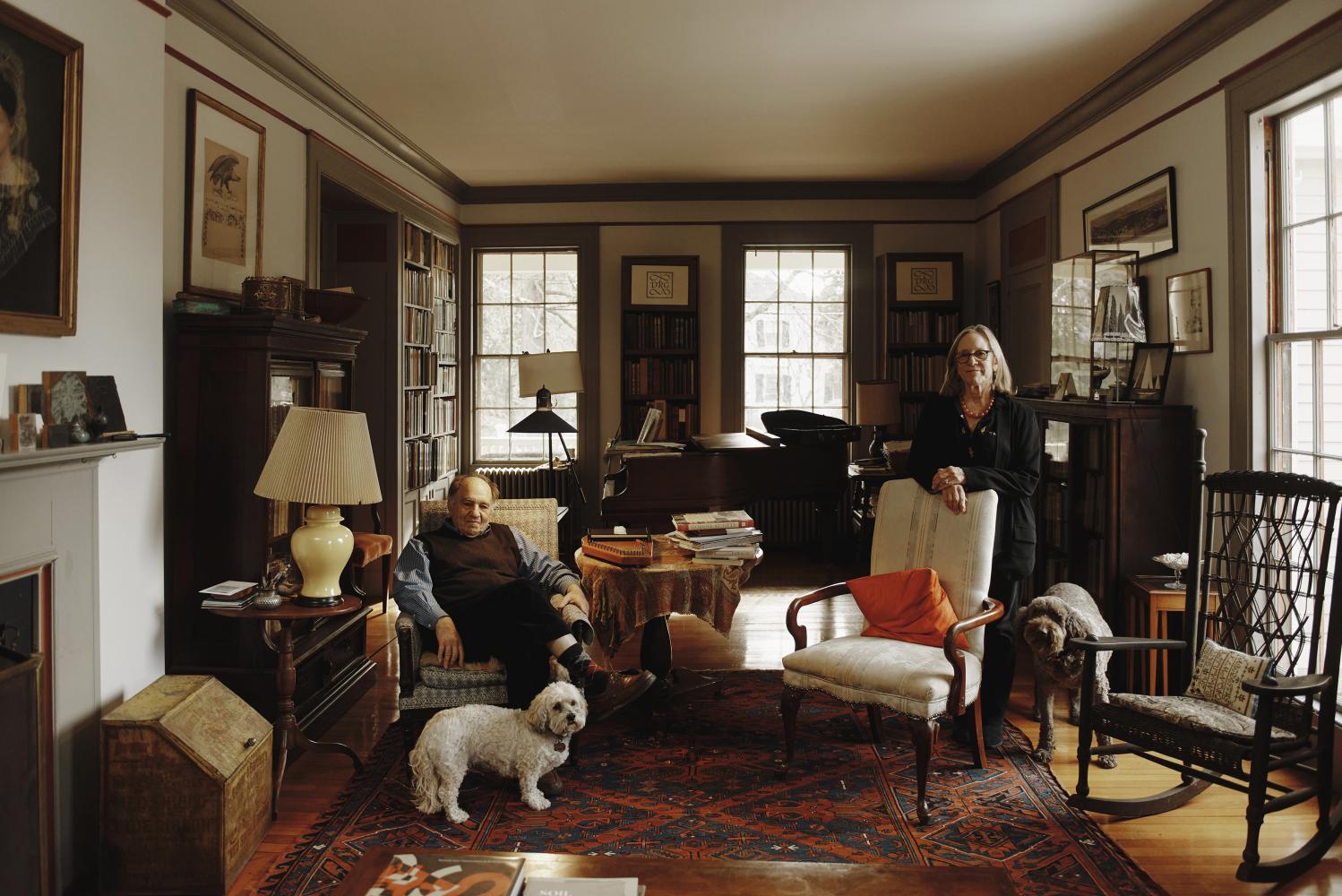 Godine began his career, in fact, as a printer, not as an editor. After college, he apprenticed with sculptor and printmaker Leonard Baskin, who also ran a print shop in Northampton, Massachusetts. In 1970, with two partners, Godine opened his own shop in an abandoned barn in Brookline. The company did typography, set its own type by hand, and printed wedding announcements, birth announcements, Harvard and Wellesley degrees.

Gradually his business branched out into pamphlets and pamphlets – reprints of Andrew Marvell’s The Garden, for example, and Thoreau’s Civil Disobedience – and from there into books. Judging by the descriptions in Godine at fifty, some of these early efforts bordered on the whimsical – fine print for fine print’s sake. There was an edition of Thomas Boreman Moral reflections on the short life of the ephemeralfor example, which featured meticulous, hand-tinted engravings of ephemera.

“I guess you could say some of those books were ‘private’ rather than ‘published,'” Godine said with a laugh. “But I never intended to just be a fancy printer or a hobbyist. I thought we should be a business. Not that I know the first thing about business.” He shook his head and told a story which is also in Godine at fifty: At one point, Godine’s father, learning that his son’s business had never filed a tax return, sent in his own accountant to check things out. The accountant asked if he could look at the books, and Godine said sure, pointing to the printed matter on the shelves. All he had for financial records were a few checkbooks that hadn’t been balanced in years.

At that time, Godine had a trust fund he could draw on in an emergency – until it was depleted. And his timing was lucky. “It was right after Sputnik,” he explained, “and for some reason the government thought the way to get us on par with the Russians was to give a lot of money to libraries. So, we could publish anything, even the worst poetry in the world, and still sell 500 copies.” 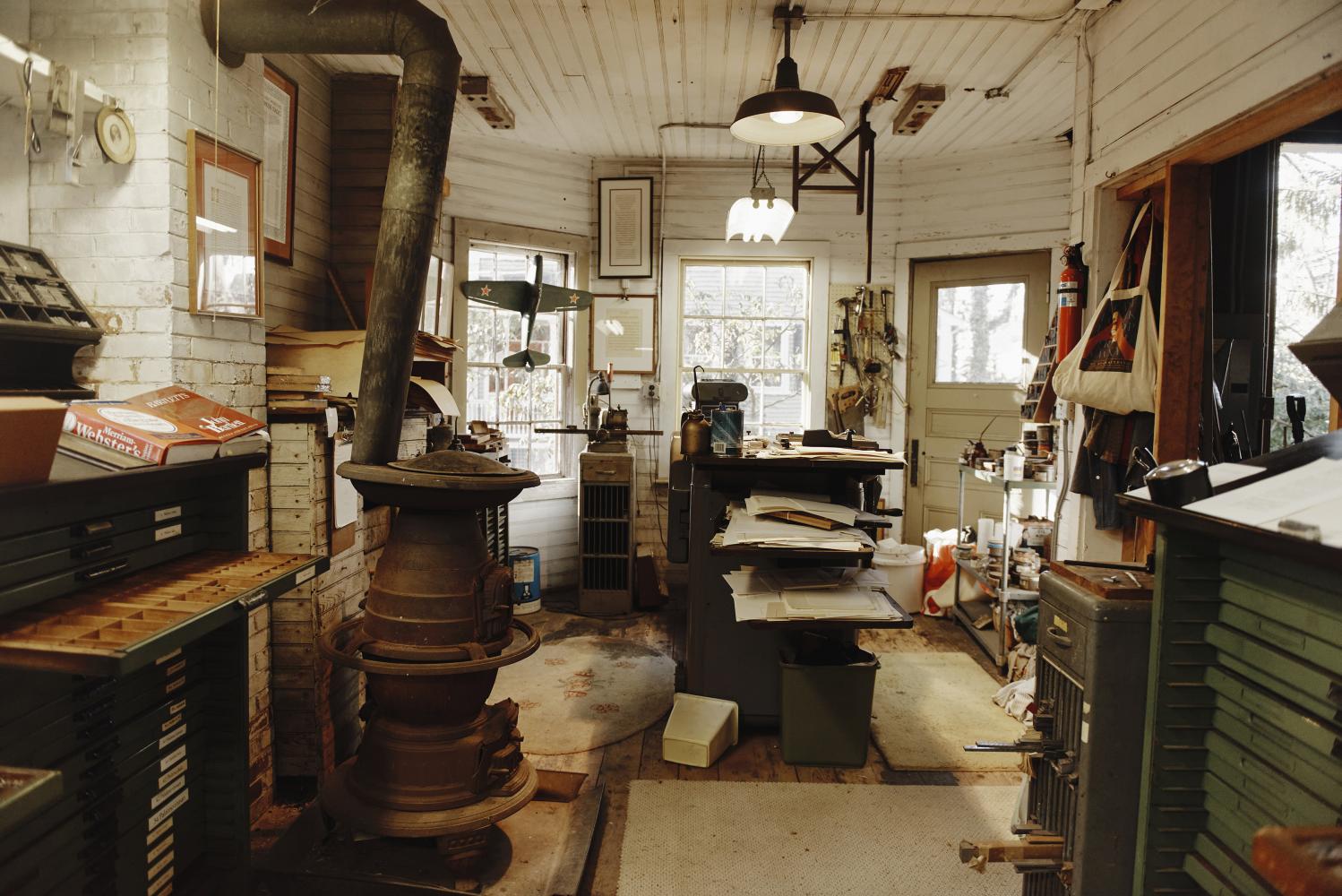 David Godine’s print shop in a carriage shed behind where he lives in Milton, Massachusetts. TONY LUONG/nyt

While Godine at fifty is probably his last book, Godine hasn’t exactly retired. By mutual agreement, he and the new management of his company stay away from each other, and so Godine has started a new business, or rather, returned to the old one. Again, he’s a working printer. He has a print shop in an unheated, draft-free carriage shed behind his home, with a hand-cranked rotary press and character trays and trays in dozens of different fonts and sizes – including his latest acquisition , a German italic font so small it looks like flies.

He prints there in typography, in two colors, greeting cards which associate engravings and old engravings with mottos and famous sayings. He and his daughter sell them at farmers’ markets and a handful of stores that are willing to take a chance. Godine’s favorite of these cards shows an old farmer shoveling large clumps of something or other from a horse-drawn cart, and the text, hand-set, with extra line spacing, in 18-point Perpetua, says: “Money is like manure. It works best when spread out.”