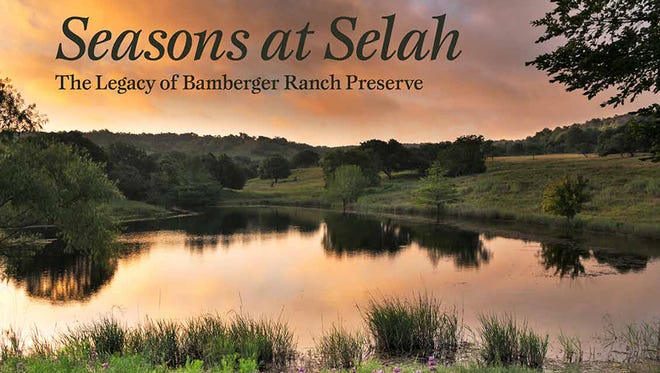 I spoke too soon. A few weeks ago, I wrote articles on two Texan books that would undoubtedly be some of the most stylish books published in Texas this year.

Well, I was not wrong. These are quite elegant books – “Horses of the American West: Portraits by Twenty-Four Artists” and “As Far As You Can See: Picturing Texas”. But I came across two other equally enticing books that will grab the attention of coffee tables. And since we’re still barely halfway through the year, I’m sure there will be more.

The two new volumes are:

Both were published by Texas A&M University Press and are reasonably priced at $ 40.

When a reader first watches “Seasons at Selah” (SEE-lah), they are naturally drawn to the stunning photographs of Langford and Yates which dominate the volume (divided into spring, summer, autumn scenes). and winter). The reader might be inclined to flip through the book and admire the pictures, but that would be a mistake.

Andy Sansom’s conversational style narrative tells the extraordinary story illustrated by the photographs – the story of J. David Bamberger and his passion for conservation and environmental education.

In 1969, Bamberger, who had made millions building the Church’s Chicken fast food chain, bought what he called “the most desolate land” in Texas Hill Country, in Blanco County, near Johnson City. . He set out to restore it and transform the 5,500 acres of Selah Ranch into an award-winning model of land stewardship and preservation.

As Bamberger nears 90, Selah continues to thrive but faces the challenge of outliving its founder while retaining her vision and dedication to the land.

â€œSeasons at Selahâ€ is an important story told with love and impressively in words and pictures.

â€œLost, Texasâ€ is the result of eight years of retired architect Bronson Dorsey traveling thousands of miles on rural roads to photograph buildings that, for the most part, are abandoned and forgotten.

Dorsey includes old schools, hotels, cafes, office buildings, mills, gin factories, and even an air base – with examples from all sections of Texas, organized by region.

Each photograph is accompanied by a brief essay discussing the context of the building and the community or small town it is in, many of which also declined.

Unlike most of us who don’t bother to slow down as we pass these dilapidated installations, Dorsey not only took the time to stop and photograph them but also place them in their historical context.

“I hope that (the photographs) are a reminder of how those who came before us lived,” writes Dorsey, “and how the Texas of old has become the Texas of today.”

Glenn Dromgoole writes on Texas books and authors. Contact him at [email protected]