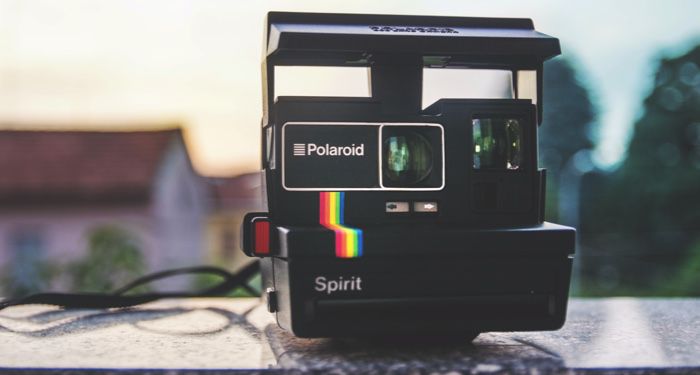 This content contains affiliate links. When you buy through these links, we may earn an affiliate commission.

In late June 1969, members of the queer community fought back against raids on gay and lesbian bars in Greenwich Village, New York. Fifty-one years later, June is the pride; a unique tribute to the queer community present and past. To honor Pride Day, I’ve collected 11 queer photography books that celebrate the lives and loves of LGBTQ + people. 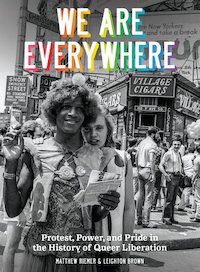 We Are Everywhere: Protest, Power and Pride in Queer Liberation History by Matthew Riemer and Leighton Brown

Los Angeles Book Review called it “probably the best tabletop book ever.” The curators of Instagram account @lgbt_history created this photo book in 2019. It is a collection of images spanning thousands of years and creates a powerful argument for learning more about the queer past so we can honor the future appropriately. 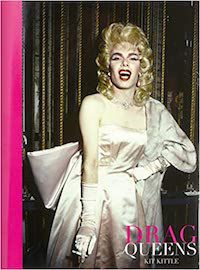 In 1983, Kit Kittle began photographing West Village drag queens. The book that Kittle was collecting photographs for was not published due to the AIDS epidemic, but in 2015 it was given new life through Kickstarter. We are all blessed to be able to see the 80s drag community: full of street theater, smiley faces and truly spectacular 80s fashion. 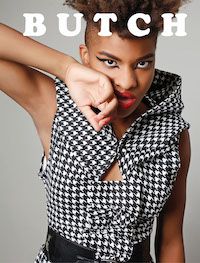 It’s not often in popular culture that butch women are associated with fashion – the stereotype usually includes a combination of flannel shirts, cargo pants, Doc Martens, and a ‘fuck your fashion’ attitude. Powell Mannish crushes this stereotype and broadens the definition of the term. It is a true art book, trendy and provocative, asking us to reconsider our preconceptions about what is “masculine” versus “feminine” and why we need such definitions. 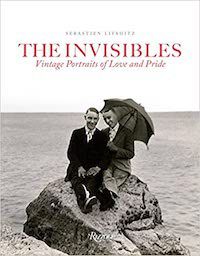 Before homosexuality was decriminalized, most members of the queer community were forced to live in lockdowns. You would think this implies that photographs of queer people from eras bygone are hard to find, and to some extent, they can be. But they’re over there, and director SÃ©bastien Lifshitz has scoured flea markets and garage sales to collect a book of photographs of gay couples dating from around 1900-1960. If the cover image of two dapper gentlemen in suits, sporty smiles and a parasol, doesn’t raise your blood sugar, then I don’t know what can.

Sign up to receive LGBTQ + news and book recommendations!

Thank you for signing up! Keep an eye on your inbox.

By registering, you agree to our terms of use 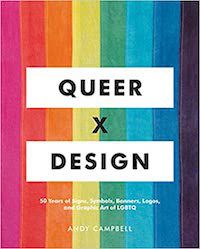 In the 13 months since Queer X Design was published, it has become a touchstone in the modern history of graphic design that accompanies queer movements. This is a collection of originals – the first “The Future is Female” shirt, Baker’s original rainbow flag, Act-Up’s “Silence = Death” poster – which simultaneously have shaped and been shaped by the queer movement over the past 50 years.

In the 1970s and 1980s, Manhattan’s West Side was covered in crumbling piers and rotten warehouses. No longer used for shipping or industry, it has become a gathering place for artists, homosexuals, prostitutes and other people relegated to the margins of society. Alvin Baltrop documented this community in explicit detail. His photographs offer the flip side of Andy Warhol and Studio 54’s glittery medal. You can get a taste of Baltrop’s aesthetic in the photographs of “Manhattan’s West Side Piers, Back When They Were Naked And Gay” of New York Magazine in 2015. 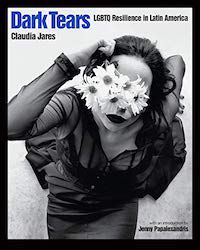 Claudia Jares is an Argentinian performance artist and photographer. She brings both skills to bear in this black and white photographic exploration of the lives of different Latin American and South American couples across the LGBTQ + spectrum. Latin America is still largely conservative Catholic, and Jares delves into the secret history of the queer Latinx community, while celebrating the growing acceptance of non-heteronormative people. 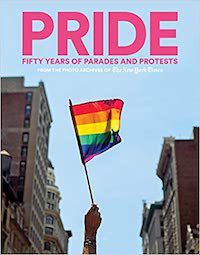 That’s exactly what it says in the headline: The NYT went through its archives and put together an illustrated history of everything from the Stonewall riots to the Christopher Street Parade in 1970 to the trans rights marches in 2019. The images are contextualized by articles, and provide a rich history of event coverage by the NYT. It’s important to note, however, that because the NYT is based in New York City, there isn’t much coverage of West Coast activism. There is also a lack of coverage of people of color in the LGBTQ + movement, particularly in previous work. This is no surprise given the BIPOC’s erasure from historical records in general, but it needs to be addressed at all levels of the media, including the NYT in the future. 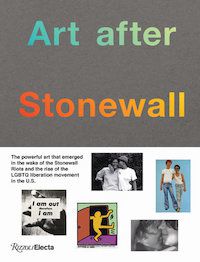 Art after Stonewall reflects on the immediate impact of the LGBTQ + movement on the art world. It focuses on our artists like Warhol and Mapplethorpe, as well as the work of artists whose work intersects with queer culture. Many of the artists who helped advance the movement are largely unknown 50 years later; this work aims to remedy this loss. 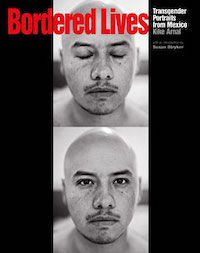 Kike Arnal is an internationally renowned photographer and documentary maker. In Lives bordered, it sheds a sincere and human light on seven transgender people in and around Mexico City, documenting their movements in their daily lives. The aim of this work is to humanize transgender individuals and challenge preconceptions about beauty in Latin American culture, especially Mexican, and by all readers’ accounts, Arnal is achieving his goal. 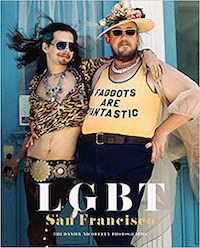 As a Bay Area resident, I would be remiss if I did not include a book on San Francisco. It’s a metropolis that takes its role as a Mecca for LGBTQ + people seriously. This doesn’t mean that we don’t have our own issues (we do), but rather that there aren’t many other places where you can see a drag queen on a unicycle and just think of you. – even, “it’s a new wig since last week!” Daniel Nicoletta is a photographer and icon in his own right in the Bay Area. It’s chronicled the San Francisco trip since the 1970s, and if you’ve seen any of Harvey Milk’s iconic photos or the USPS stamp, you’ve seen Nicoletta’s work.